30th May 1917 Servant and excellent coffee

30th May 1917 Servant and excellent coffee 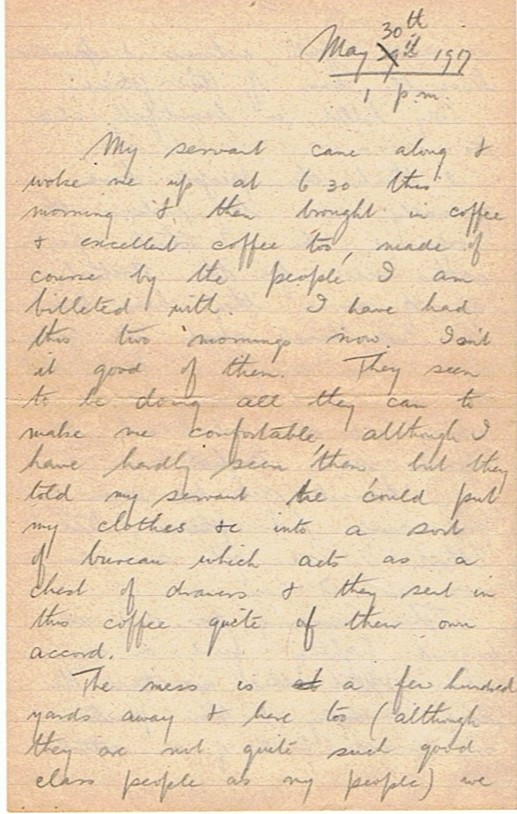 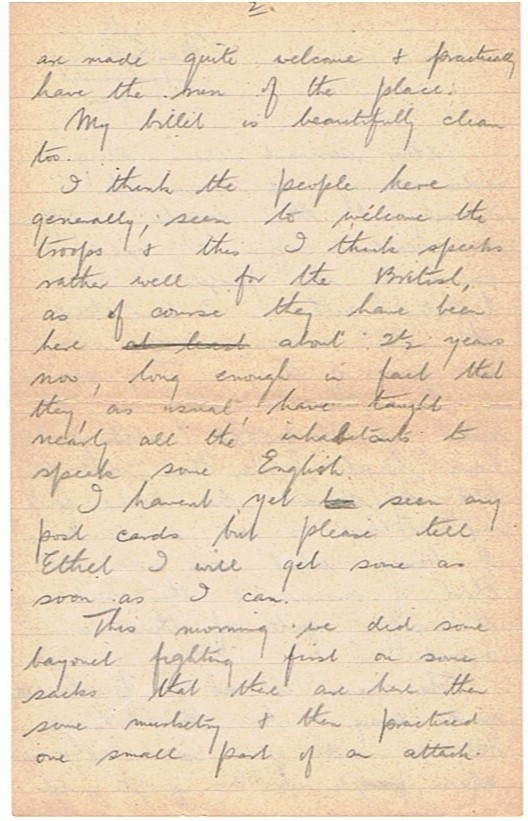 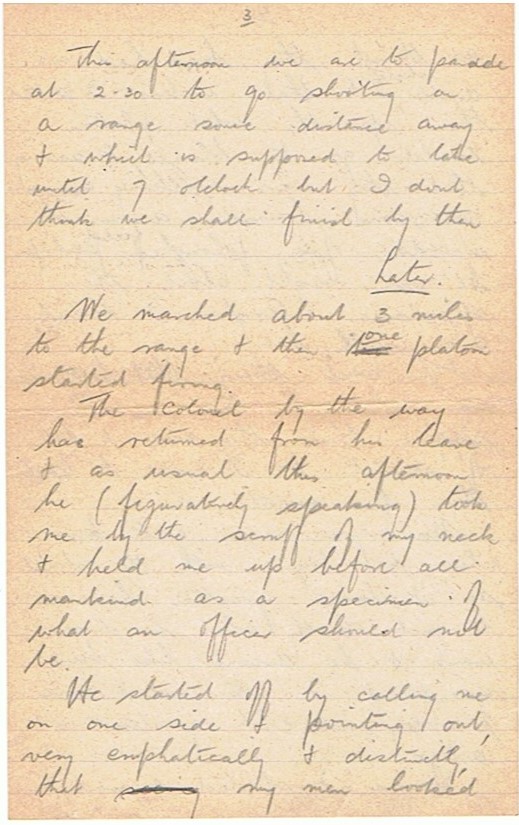 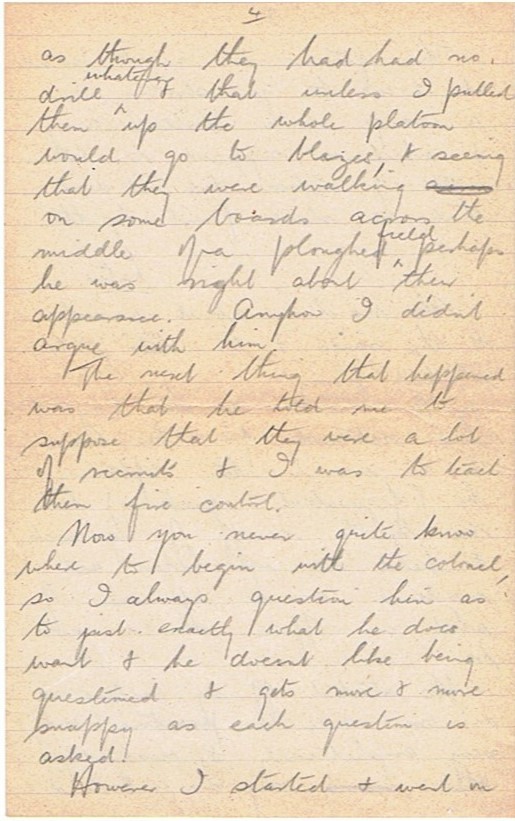 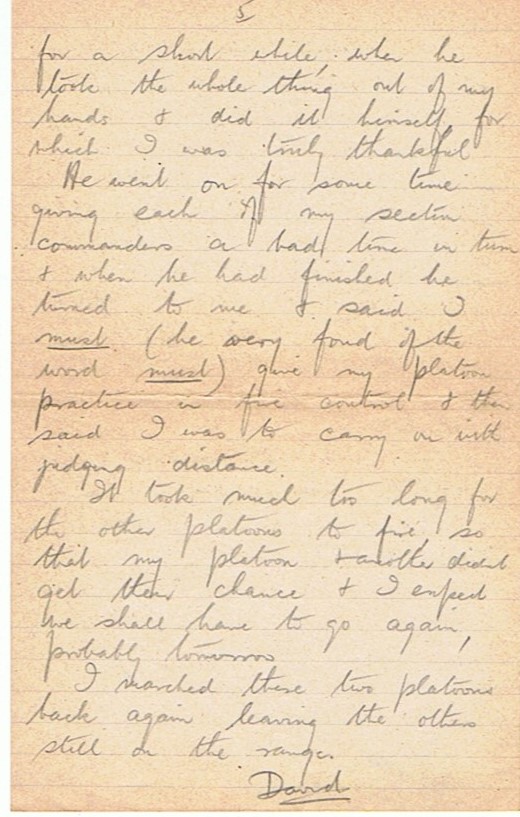 My servant came along and woke me up at 6.30 this morning and then brought in coffee and excellent coffee too, made of course by the people I am billeted with. I have had this two mornings now. Isn’t it good of them. They seem to be doing all they can to make me comfortable, although I have hardly seen them but they told my servant he could put my clothes etc. into a sort of bureau which acts as a chest of drawers and they sent in this coffee quite of their own accord.

The mess is a few hundred yards away and here too (although they are not quite such good class people as my people) we are made quite welcome and practically have the run of the place.

My billet is beautifully clean too.

I think the people here generally, seem to welcome the troops and this I think speaks rather well for the British, as of course they have been here about 2 1/2 years now, long enough in fact that they, as usual, have taught nearly all the inhabitants to speak some English.

I haven’t yet seen any post cards but please tell Ethel I will get some as soon as I can.

This morning we did some bayonet fighting first on some sacks that there are here then some musketry and then practiced one small part of an attack.

This afternoon we are to parade at 2.30 to go shooting on a range some distance away and which is supposed to take until 7 o’clock but I don’t think we shall-finish by then.

We marched about 3 miles to the range and then one platoon started firing.

The colonel by the way has returned from his leave and as usual this afternoon he (figuratively speaking) took me by the scruff of my neck and held me up before all mankind as a specimen of what an officer should not be.

He started off by calling me on one side and pointing out, very emphatically and distinctly, that my men looked as though they had had no drill whatever and that unless I pulled them up the whole platoon would go to blazes, and seeing that they were walking on some boards across the middle of a ploughed field perhaps he was right about their appearance. Anyhow I didn’t argue with him.

The next thing that happened was that he told me to suppose that they were a lot of recruits and I was to teach them fire control.

Now you never quite know where to begin with the colonel, so I always question him as to just exactly what he does want and he doesn’t like being questioned and gets more and more snappy as each question is asked.

However I started and went on for a short while, when he took the whole thing out of my hands and did it himself for which I was truly thankful.

He went on for some time giving each of my section commanders a bad time in turn and when he had finished he turned to me and said I must (he is very fond of the word must) give my platoon practice in fire control and then said I was to carry on with judging distance.

It took much too long for the other platoons to fire so that my platoon and another didn’t get their chance and I expect we shall have to go again, probably tomorrow.

I marched these two platoons back again leaving the others still on the range.