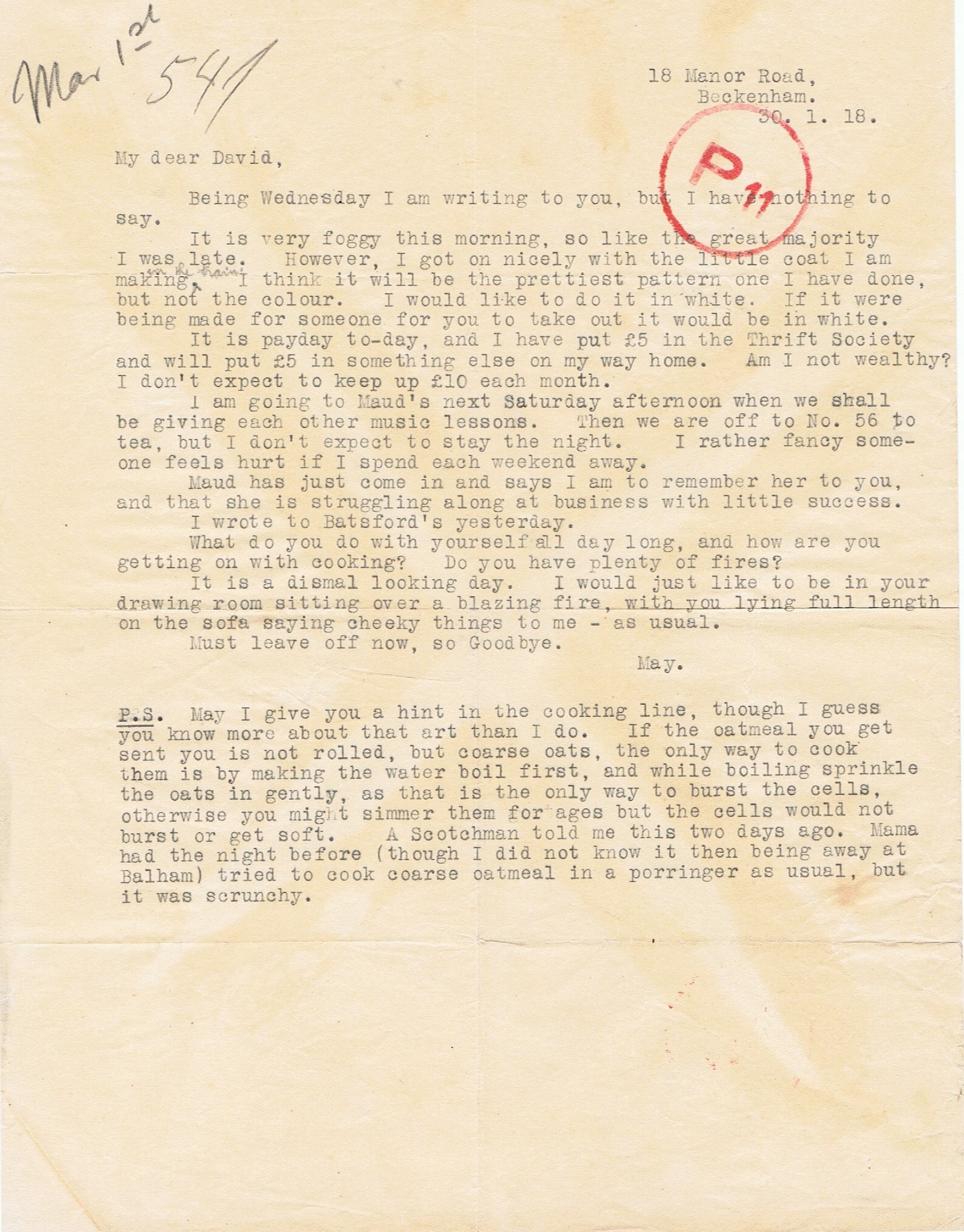 May to David 18 Manor Road, Beckenham. 30.1. 18.
My dear David,
Being Wednesday I am writing to you, but I have nothing to say.
It is very foggy this morning, so like the great majority I was late. However, I got on nicely with the little coat I am making in the train. I think it will be the prettiest pattern one I have done, but not the colour. I would like to do it in white. If it were being made for someone for you to take out it would be in white. It is payday to-day, and I have put £5 in the shrift Society and will put £5 in something else on my way home. Am I not wealthy? I don’t expect to keep up £10 each month.
I am going to Maud’s next Saturday afternoon when we stall be giving each other music lessons. Then we are off to No. 56 to tea, but I don’t expect to stay the night. I rather fancy some-one feels hurt if I spend each weekend away.
Maud has just come in and says I am to remember her to you, and that she is struggling along at business with little success.
I wrote to Batsford’s yesterday.
What do you do with yourself all day long, and how are you getting, on with cooking? Do you have plenty of fires?
It is a dismal looking day. I would just like to be in your drawing room sitting over a blazing fire, with you lying full length on the sofa saying cheeky things to me -as usual. Must leave off now, so Goodbye.
May.
P.S. May I give you a hint in the cooking line, though I guess you know more about that art than I do. If the oatmeal you get sent you is not rolled, but coarse oats, the only way to cook them is by making the water boil first, and while boiling sprinkle the oats in gently, as that is the only way to burst the cells, otherwise you might simmer them for ages but the cells would not burst or get soft. A Scotchman told me this two days ago. Mama had the night before (though I did not know it then being away at Balham) tried to cook coarse oatmeal in a porringer as usual, but it was scrunchy.