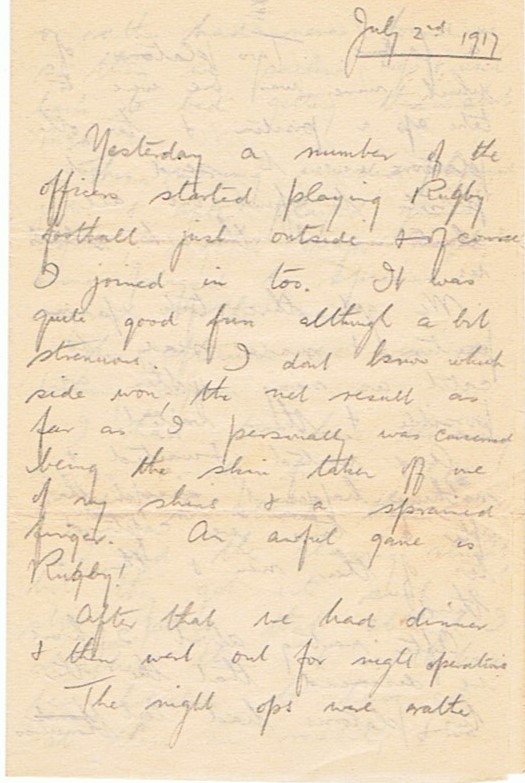 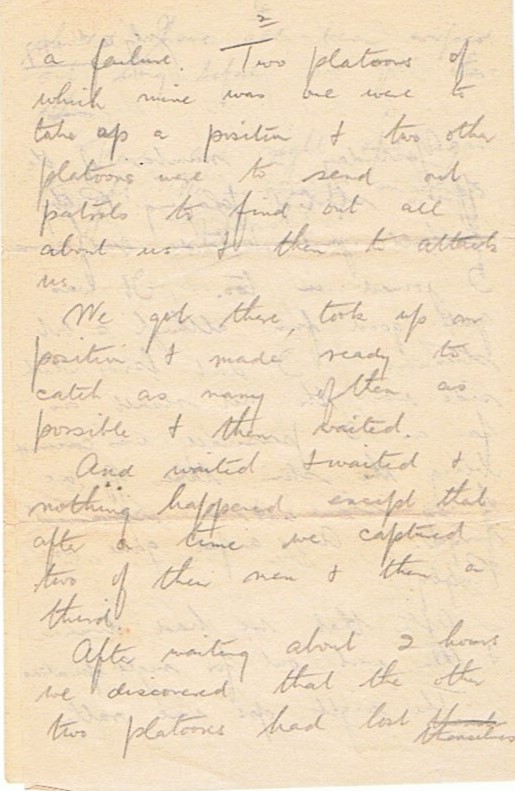 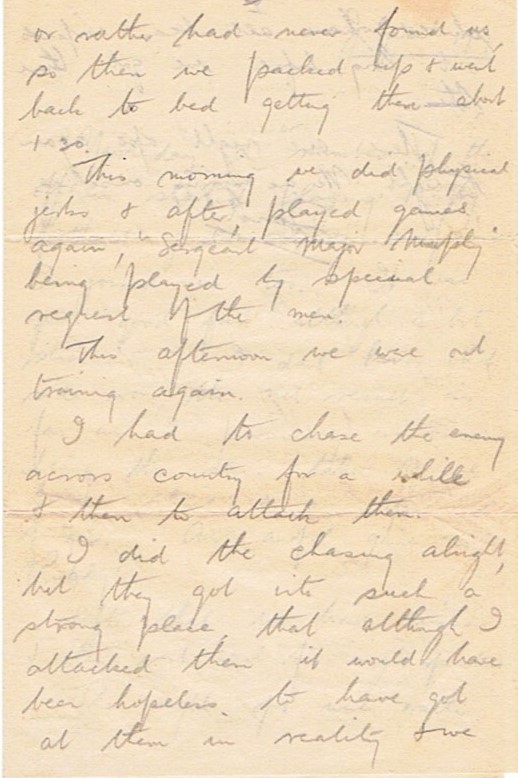 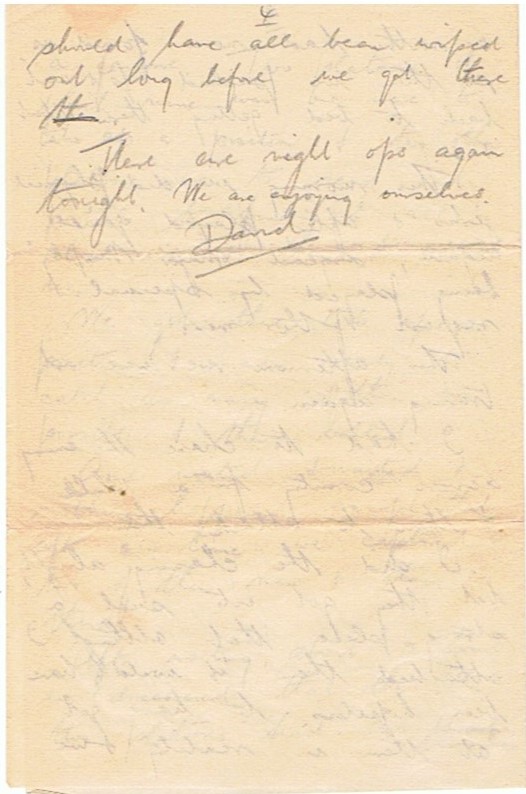 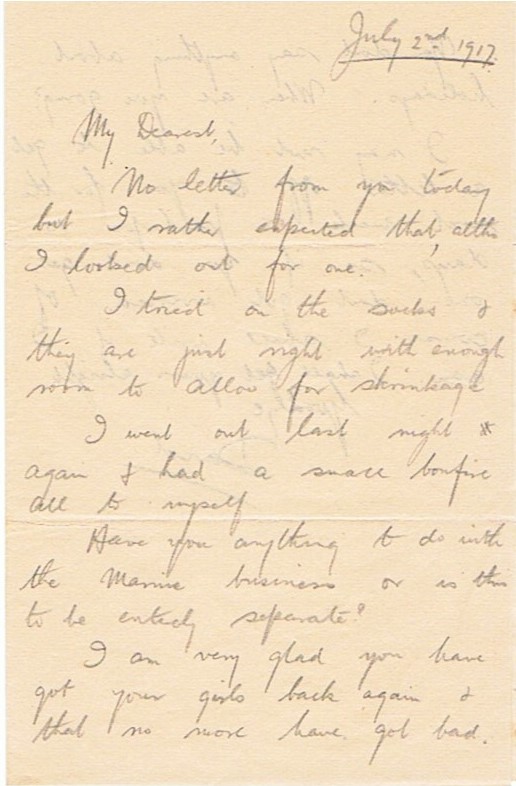 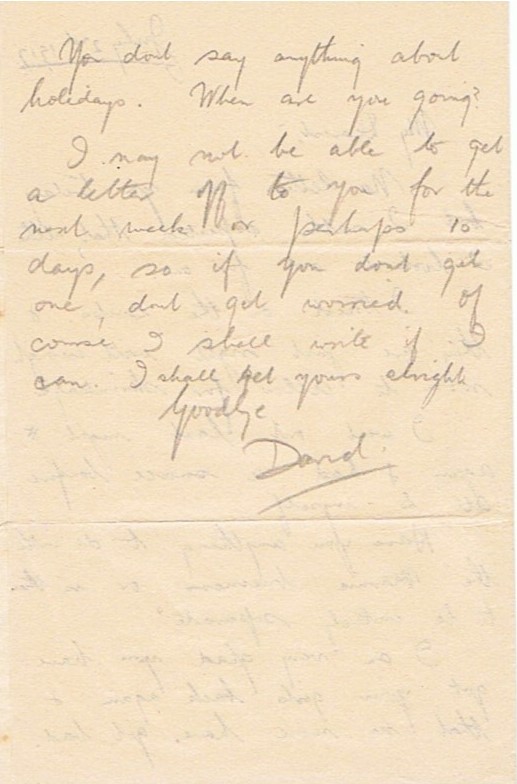 Yesterday a number of the officers started playing Ruby football just outside and of course I joined in too. It was quite good fun although a bit strenuous. I don’t know which side won, the net result as far as I personally was concerned being the skin – taken off one of my shins and a sprained finger.

An awful game is Rugby!

After that we had dinner and then went out for night operations. The night ops were rather a failure. Two platoons of which mine was one were to take up a position and two other platoons were to send out patrols to find, out all about us and then to attack us.

We got there, took up our position and made ready to catch as many of them as possible and then waited. And waited and waited and nothing happened except that after a time we captured two of their men and then a third. After waiting about 2 hours we discovered that the other two platoons had lost themselves or rather had never found us so then we packed up and went back to bed getting there about 1.30.

This morning we did physical jerks and after played games again, “Sergeant Major Murphy” being played by special request of the men.

This afternoon we were out training again. I had to chase the enemy across country for a while and then to attack them. I did the chasing alright, but they got into such a strong place, that although I attacked them it would have been hopeless to have got at them in reality and we should have all been wiped out long before we got these.

There are night ops again tonight. We are enjoying ourselves.

No letter from you today but I rather expected that, although I looked out for one.

I tried on the socks and they are just right with enough room to allow for shrinkage.

I went out last night again and had a small bonfire all to myself.

Have you anything to do with the Marine business or is this to be entirely separate?

I am very glad you have got your girls back again and that no more have got bad.

You don’t say anything about holidays. When are you going?

I may not be able to get a letter off to you for the next week or so perhaps 10 days, so if you don’t get one, don’t get worried. Of course I shall write if I can. I shall get yours alright.