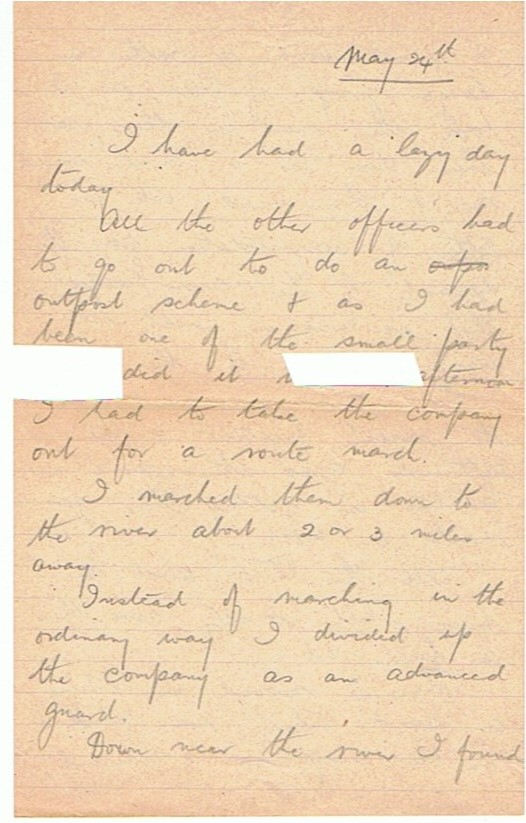 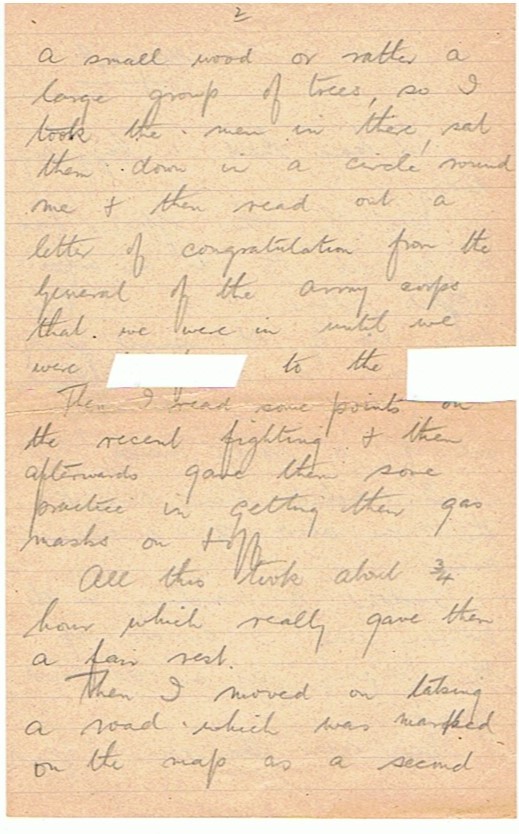 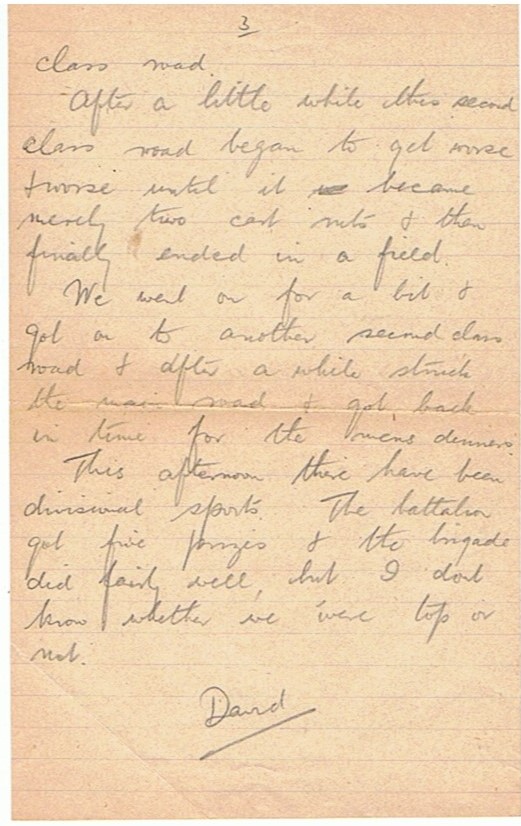 I have had a lazy day today. All the other officers had to go out to do an outpost scheme and as I had been one of the small party [censored] I had to take the company out for a route march.

I marched them down to the river about 2 or 3 miles away. Instead of marching in the ordinary way I divided up the company as an advanced guard.

Down near the river I found a small wood or rather a large group of trees, so I took the men in there, sat them down in a circle round me and then read out a letter of congratulation from the General of the Army Corps that we were in until we were [censored]

Then I read some-points on the recent fighting and then afterwards gave them some practice in getting their gas masks on and off.

All this took about 3/4 hour which really gave them a fair rest. Then I moved on taking a road which was marked on the map as a second class road. After a little while this second class road began to get worse and worse until it became merely two cart ruts and then finally ended in a field.

We went on for a bit and got on to another second class road and after a while struck the main road and got back in time for the men’s dinners.

This afternoon there have been divisional sports. The battalion got five prizes and the brigade did fairly well, but I don’t know whether we were top or not.