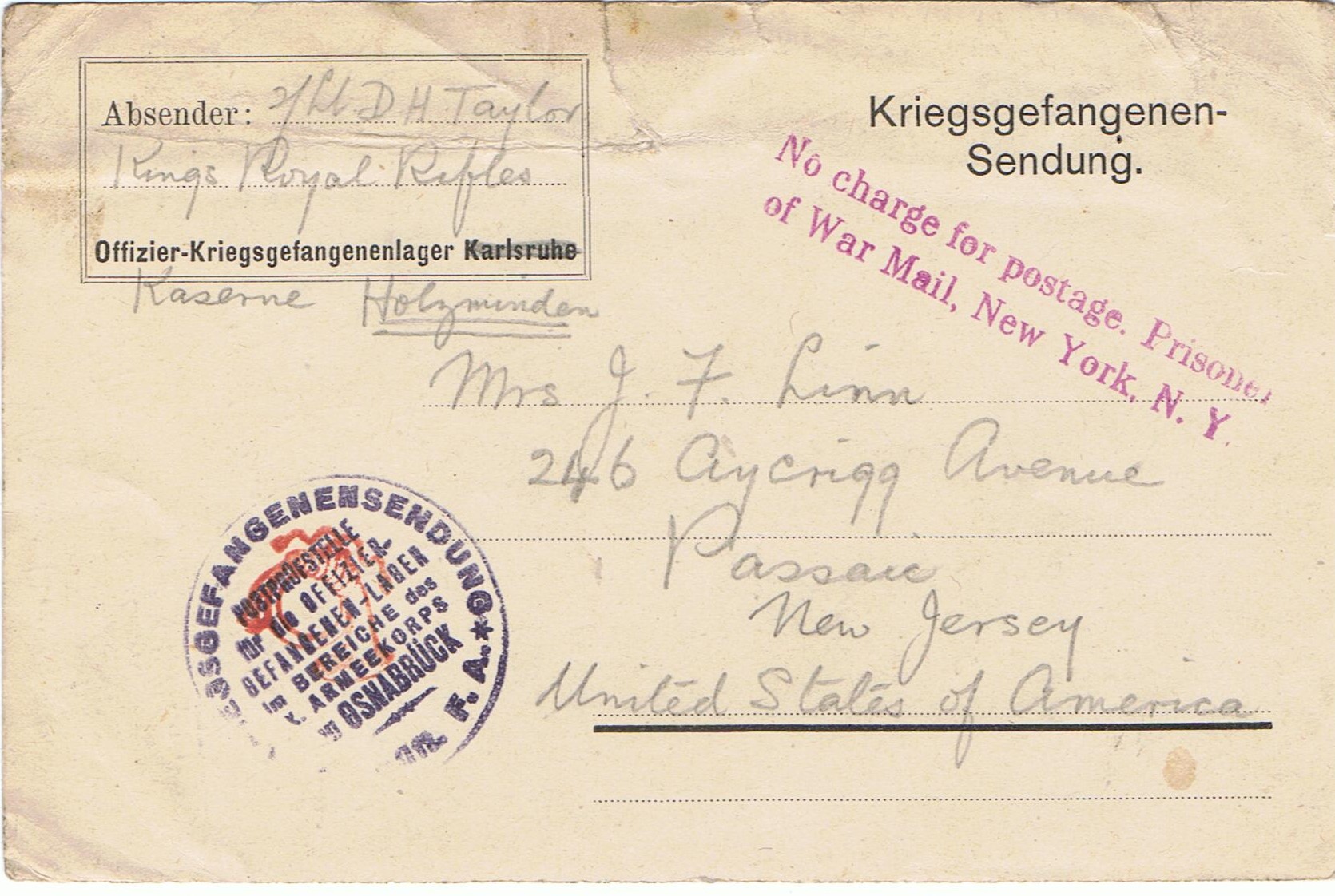 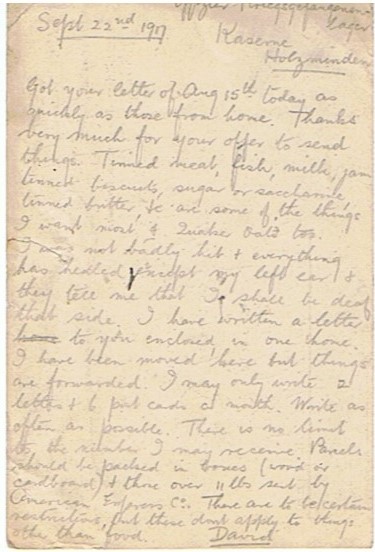 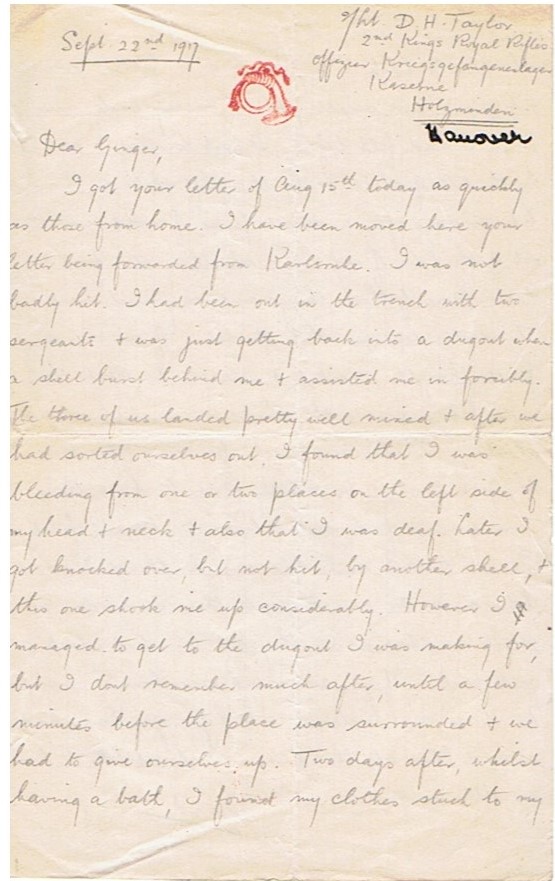 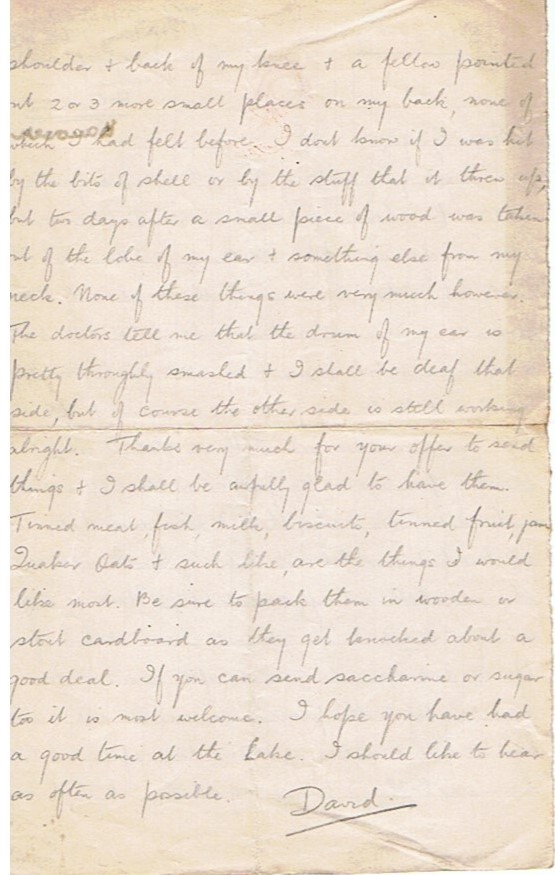 Got your letter of Aug 15th today as quickly as those from home. Thanks very much for your offer to send things. Tinned meat, fish, milk, jam, tinned biscuits, sugar or saccharine, tinned butter, etc are some of the things I want most of & Quaker oats too. I was not badly hit & everything has healed except my left ear & they tell me that I shall be deaf that side. I have written a letter to you enclosed in one home. I have been moved here but things are forwarded. I may only write 2 letters and 6 cards a month. Write as often as possible. There is no limit to the number I may receive. Parcels should be packed in boxes (wood or cardboard) and those over 11 lb sent by American Express Co. There are certain restrictions, but these don’t apply to things other than food.

I got your letter of Aug 15th today as quickly as those from home. I have been moved here your letter being forwarded from Karlsruhe. I was not badly hit. I had been out in the trench with two sergeants and was just getting back into a dugout when a shell burst behind me and assisted me in forcibly. The three of us landed pretty well mixed and after we had sorted ourselves out, I found that I was bleeding from one or two places on the left side of my head and neck and also that I was deaf. Later I got knocked over, but not hit, by another shell, and this one shook me up considerably. However I managed to get to the dugout I was making for, but I don’t remember much after, until a few minutes before the place was surrounded and we had to give ourselves up. Two days after, whilst having a bath, I found my clothes stuck to my shoulder and back of my knee and a fellow pointed out 2 or 3 more small places on my back, none of which I had felt before. I don’t know if I was hit by the bits of shell or by the stuff that it threw up, but two days after a small piece of wood was taken out of the lobe of my ear and something else from my neck. None of these things were very much however. The doctors tell me that the drum of my ear is pretty thoroughly smashed and I shall be deaf that side, but of course the other side is still working alright. Thanks very much for your offer to send things and I shall be awfully glad to have them. Tinned meat, fish, milk, biscuits, tinned fruit, jam, Quaker Oats and such like, are the things I would like most. Be sure to pack them in wooden or stout cardboard as they get knocked about a good deal. If you can send saccharine or sugar too it is most welcome. I hope you have had a good time at the lake. I should like to hear as often as possible.