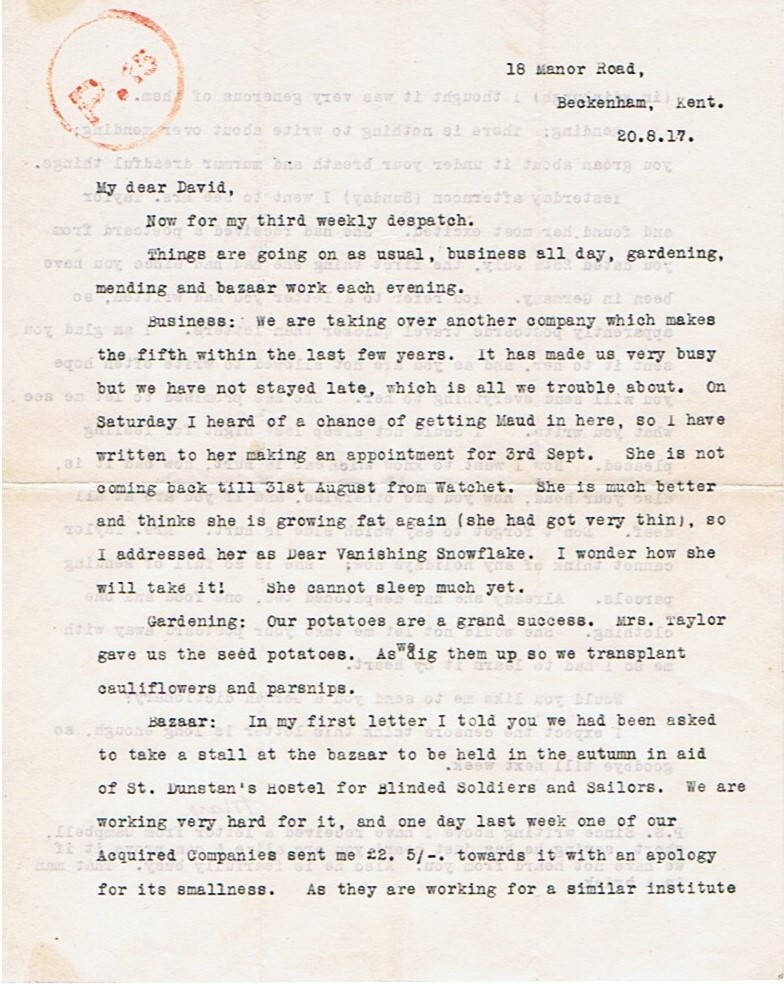 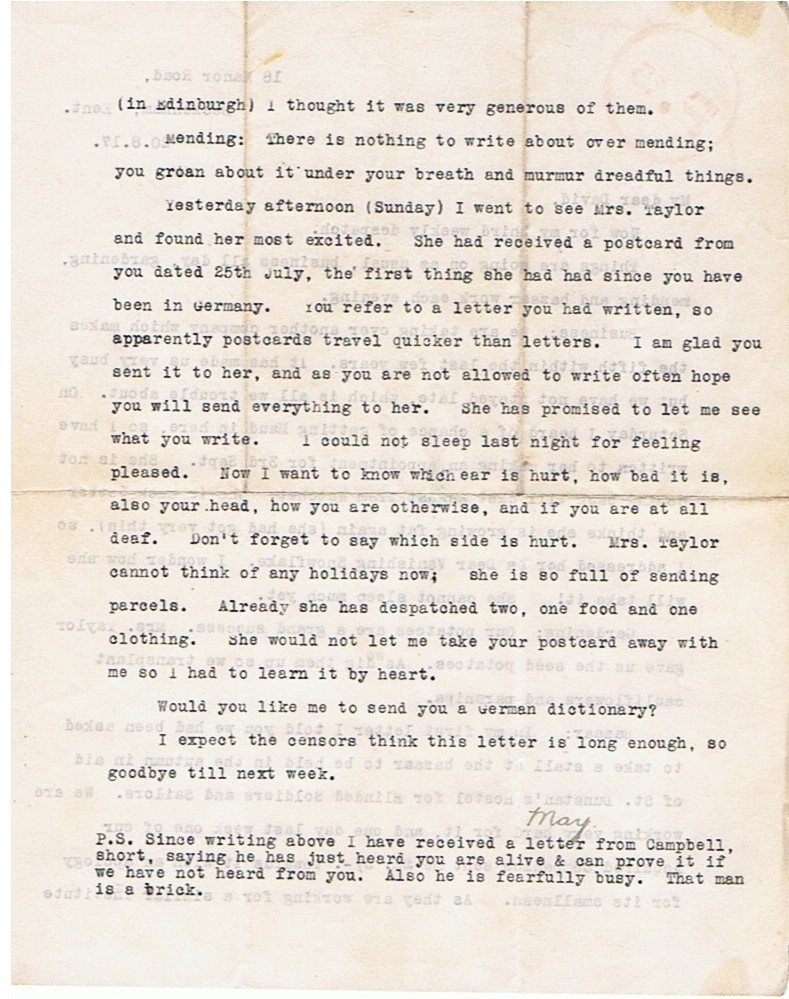 Now for my third weekly despatch.

Things are going on as usual, business all day, gardening, mending and bazaar work each evening.

Business: We are taking over another company which makes the fifth within the last few years. It has made us very busy but we have not stayed late, which is all we trouble about. On Saturday I heard of a chance of getting Maud in here, so I have written to her making an appointment for 3rd Sept. She is not coming back till 31st August from Watchet. She is much better and thinks she is growing fat again (she had got very thin), so I addressed her as Dear Vanishing Snowflake. I wonder how she will take it! She cannot sleep much yet.

Gardening: Our potatoes are a grand success. Mrs Taylor gave us seed potatoes. As we dig them up we transplant cauliflowers and parsnips.

Bazaar: In my first letter I told you we had been asked to take a stall at the bazaar to be held in the autumn in aid of St Dunstan’s Hostel for Blinded Soldiers and Sailors. We are working very hard for it, and one day last week one of our Acquired Companies sent me £2.5/- towards it with an apology for its smallness. As they are working for a similar institute (in Edinburgh) I thought it was very generous of them.

Mending: There is nothing to write about over mending; you groan about it under your breath and murmur dreadful things.

Yesterday afternoon (Sunday) I went to see Mrs Taylor and found her most excited. She had received a postcard from you dated 25th July, the first thing she had had since you have been in Germany. You refer to a letter you had written, so apparently postcards travel quicker than letters. I am glad you sent it to her, and as you are not allowed to write often hope you will send everything to her. She has promised to let me see what you write. I could not sleep last night for feeling pleased. Now I want to know which ear is hurt, how bad it is, also your head, how you are otherwise, and if you are at all deaf. Don’t forget to say which side is hurt. Mrs Taylor cannot think of holidays now; she is so full of sending parcels. Already she has despatched two, one food and one clothing. She would not let me take your postcard away with me so I learnt it by heart.

Would you like me to send a German dictionary?

I expect the censors think this letter is long enough, so goodbye till next week.

P.S. Since writing above I have received a letter from Campbell, short, saying he has just heard you are alive and can prove it if we have not heard from you. Also he is fearfully busy. That man is a brick.