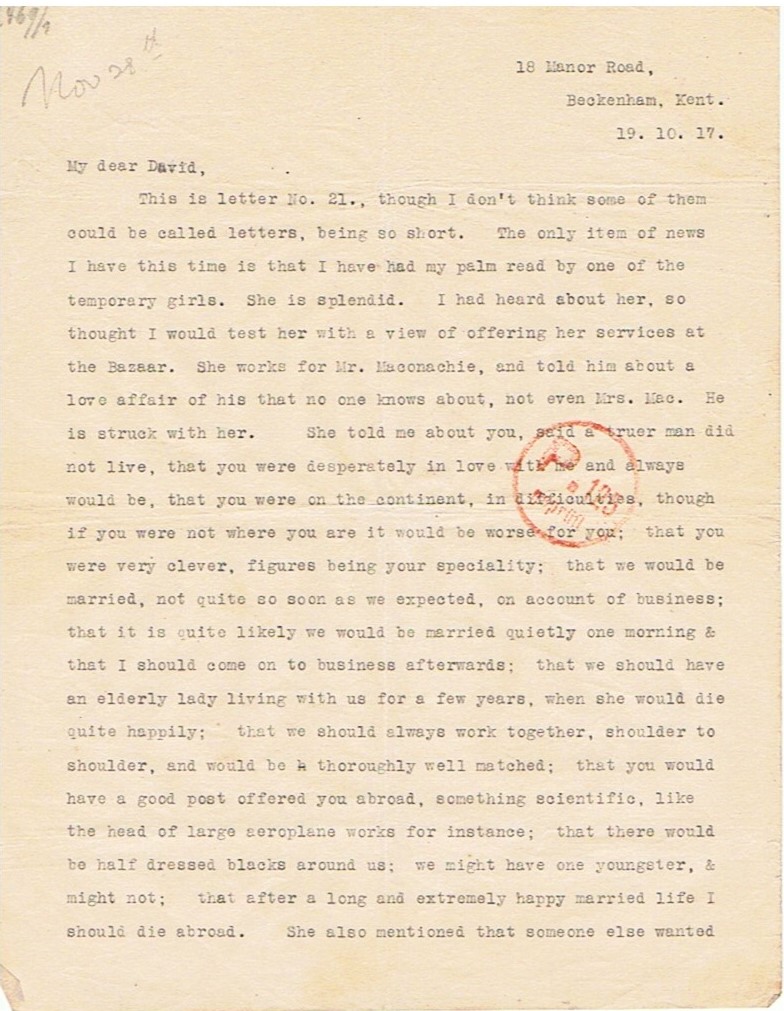 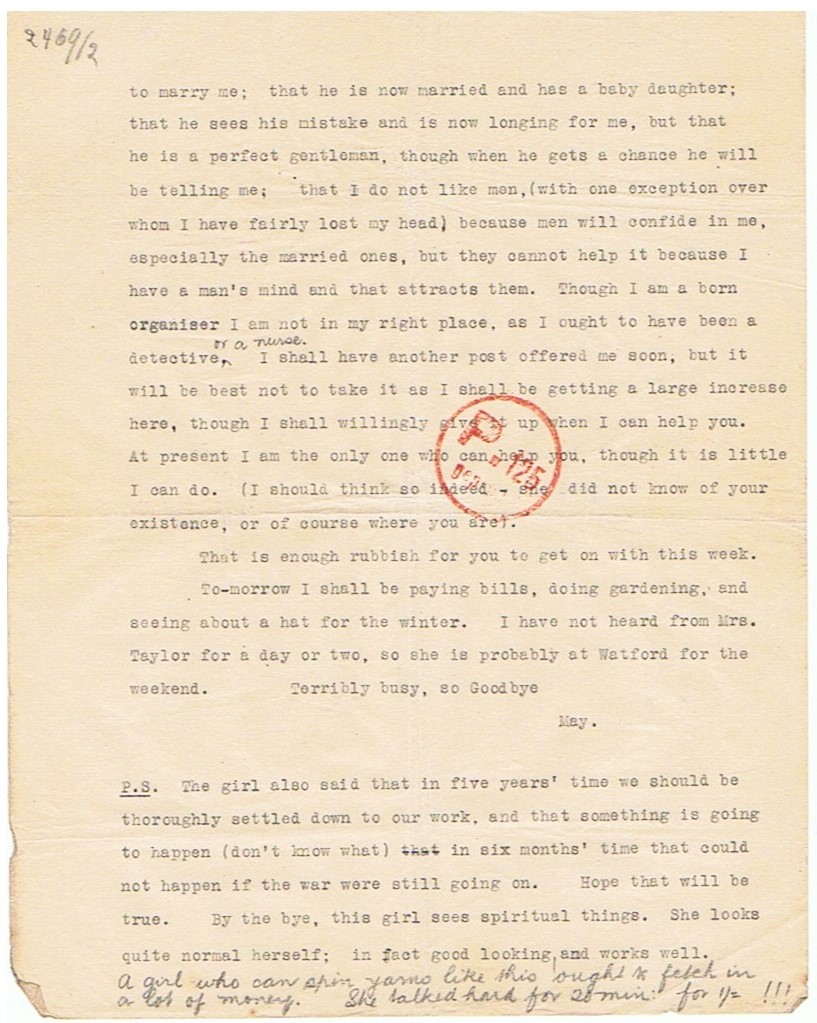 This letter No.21, though I don’t think some of them could be called letters, being so short. The only item of news this time is that I have had my palm read by one of the temporary girls. She is splendid. I had heard about her, so thought I would test her with a view of offering her services at the Bazaar. She works for Mr Maconachie, and told him about a love affair of his that no one knows about, not even Mrs Mac. He is struck with her. She told me about you, said a truer man did not live, that you were on the continent, in difficulties, though if you were not where you re it would be worse for you; that you were very clever, figures being your speciality; that we would be married, not quite as soon as we expected, on account of business; that it is quite likely we would be married quietly one morning and that I should come on to business afterwards; that we should have an elderly lady living with us for a few years, when she would die quite happily; that we should always work together, shoulder to shoulder, and would be thoroughly well matched; that you would have a good post offered you abroad, something scientific, like the head of large aeroplane works for instance; that there would be half dressed blacks around us; we might have one youngster, and might not; that after a long and extremely happy married life I should die abroad. She also mentioned that someone else wanted to marry me; that he is now married and has a baby daughter; that he sees his mistake and is now longing for me, but that he is a perfect gentleman, though when he gets a chance he will be telling me; that I do not like men (with one exception over whom I have fairly lost my head) because men will confide in me, especially the married ones, but they cannot help it because I have a man’s mind and that attracts them. Though I am a born organiser I am not in my right place, as I ought to have been a detective or a nurse. I shall have another post offered me soon, but it will be best not to take it as I shall be getting a large increase here, though I shall be willing to give it up when I can help you. At present I am the only one who can help you, though it is little I can do. (I should think so indeed – she did not know of your existence, or of course where you are).

That is enough rubbish for you to get on with this week.

Tomorrow I shall be paying the bills, doing gardening, and seeing about a hat for the winter. I have not heard from Mrs Taylor for a day or two, so she is probably at Watford for the weekend. Terribly busy, so Goodbye.

P.S. The girl also said that in five years’ time we should be thoroughly settled down to our work, and that something is going to happen (don’t know what) in six months’ time that could not happen if the war were still going on. Hope that will be true. By the bye, this girl sees spiritual things. She looks quite normal herself; in fact good looking, and works well. A girl who can spins yarns like this ought to fetch in a lot of money. She talked hard for 20 min for 1/- !!!