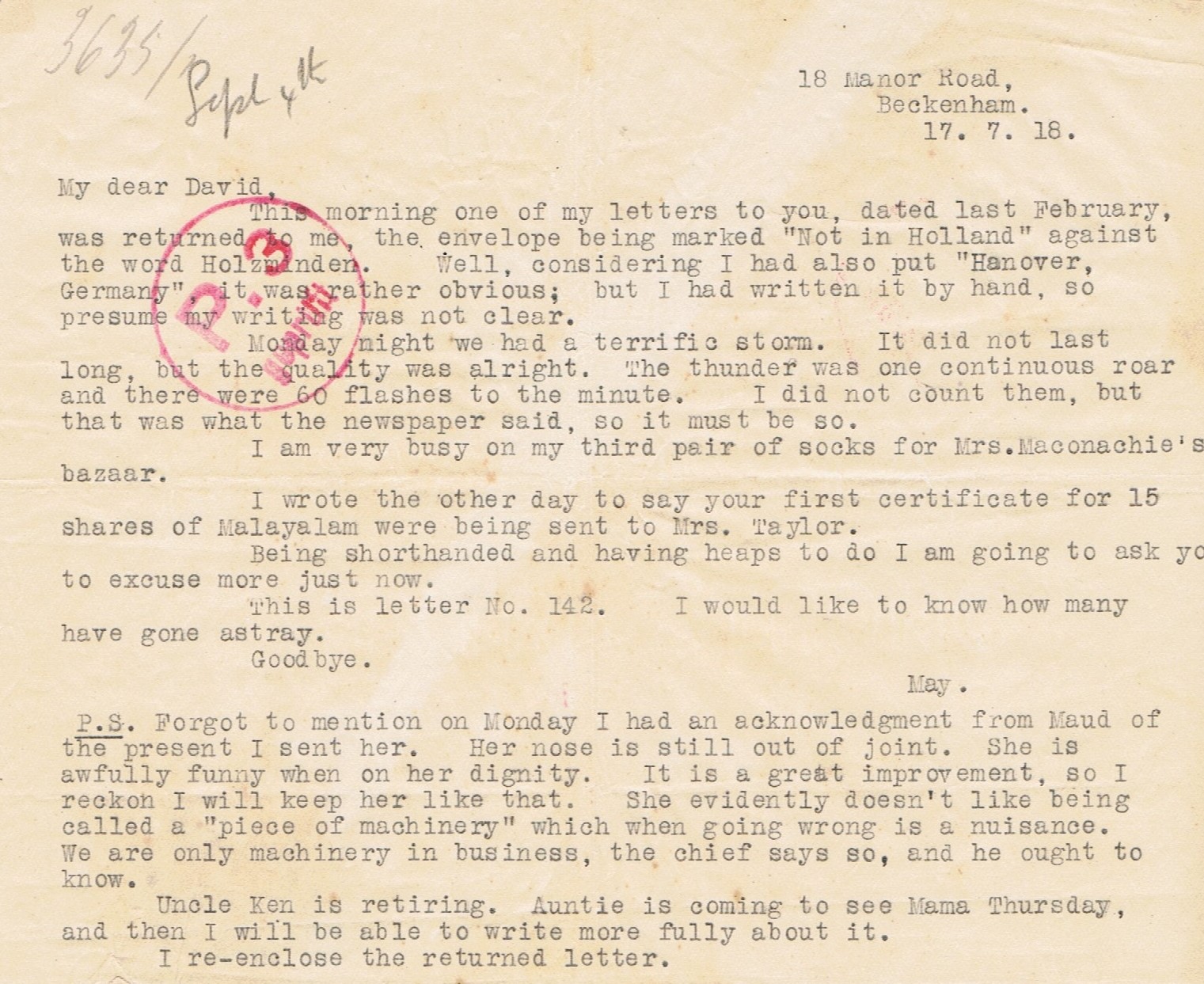 May to David Beckenham 17.7.18
My dear David,
This morning one of my letters to you, dated last February, was returned to me, the envelope being marked “Not in Holland” against the word Holzminden. Well, considering I had also put “Hanover, Germany”, it was rather obvious; but I had written it by hand, so presume my writing was not clear.
Monday night we had a terrible storm. It did not last long, but the quality was alright. The thunder was one continuous roar and there were 60 flashes to the minute. I did not count them, but that was what the newspaper said, so it must be so.
I am very busy on my third pair of socks for Mrs Maconachie’s bazaar.
I wrote the other day to say your first certificate for 15 shares of Malayalam were being sent to Mrs Taylor.
Being shorthanded and having heaps to do I am going to ask you to excuse more just now.
This is letter No 142. I would like to know how many have gone astray.
Goodbye.
May
PS Forgot to mention on Monday I had an acknowledgement from Maud of the present I sent her. Her nose is still out of joint. She is awfully funny when on her dignity. It is a great improvement, so I reckon I will keep her like that. She evidently doesn’t like being called a “piece of machinery” which when going wrong is a nuisance. We are only machinery in business, the chief says so, and he ought to know.
Uncle Ken is retiring. Auntie is coming to see Mama Thursday, and then I will be able to write more fully about it.
I re-enclose the returned letter.