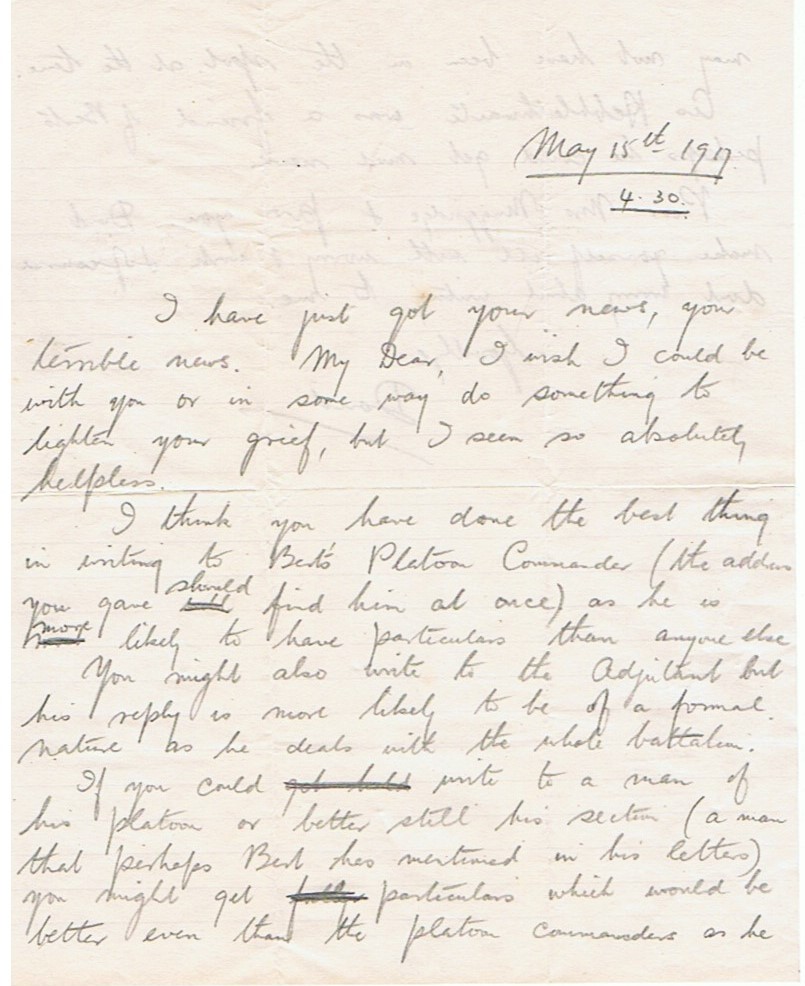 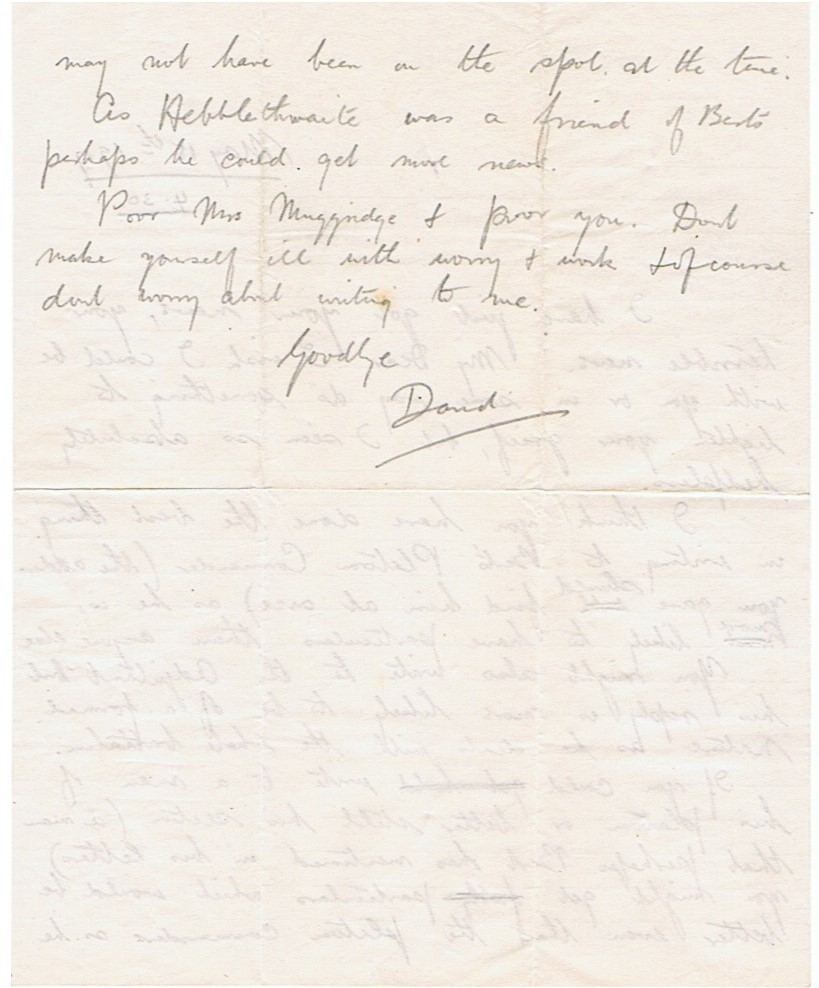 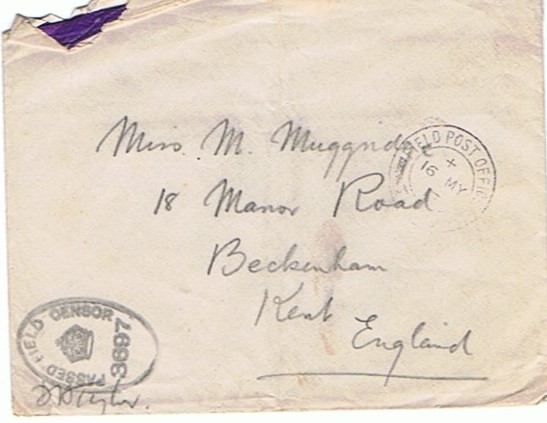 I have just got your news, your terrible news. My Dear, I wish I could be with you or in some way do something to lighten your grief, but I seem so absolutely helpless.

I think you have done the best thing in writing to Bert’s Platoon Commander (the address you gave should find him at once) as he is more likely to have particulars than anyone else.

You might also write to the Adjutant but his reply is more likely to be of a formal nature as he deals with the whole battalion.

If you could write to a man of his platoon or better still his section (a man that perhaps Bert has mentioned in his letters) you might get particulars which would be better even than the platoon commander as he may not have been on the spot at the time.

As Hepplethwaite was a friend of Bert’s perhaps he could get more news.

Poor Mrs Muggridge and poor you. Don’t make yourself ill with worry and work and of course don’t worry about writing to me.