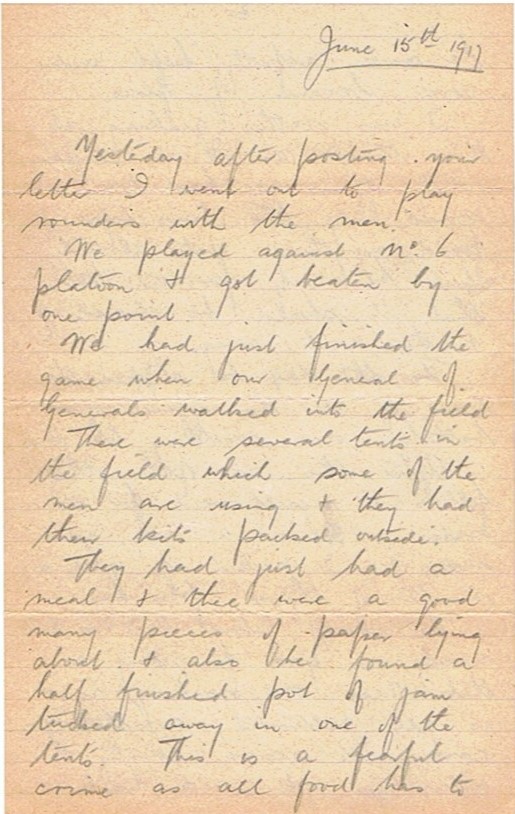 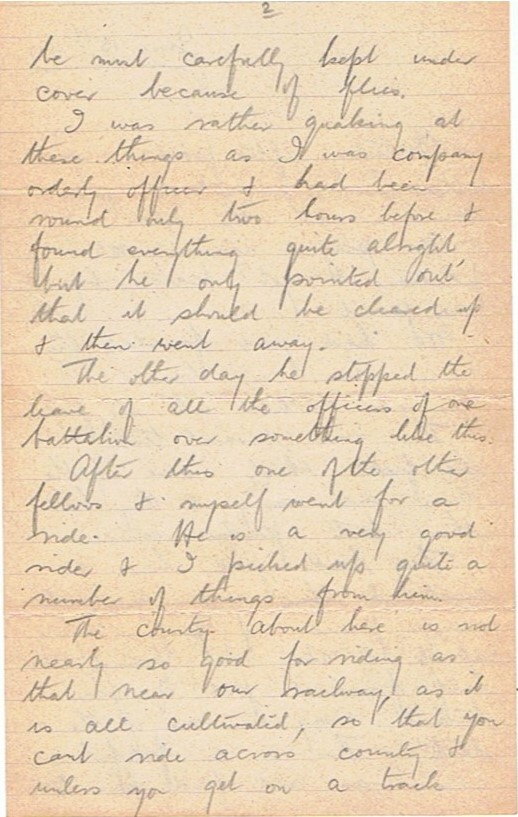 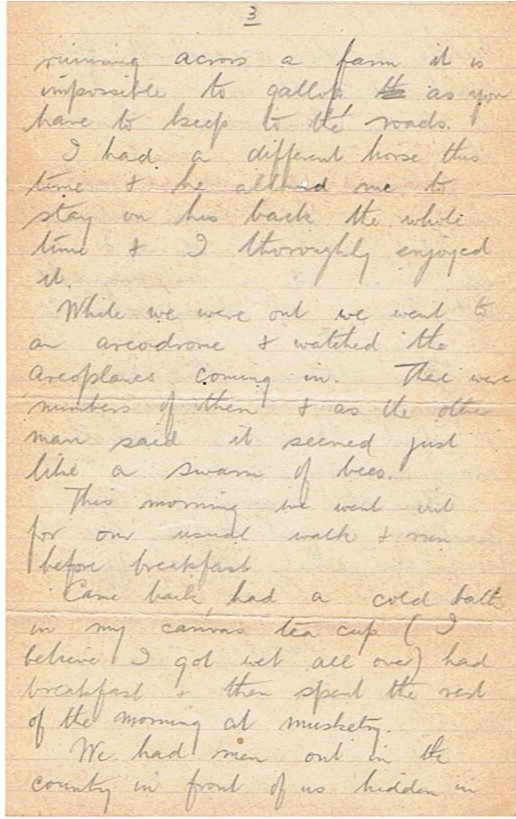 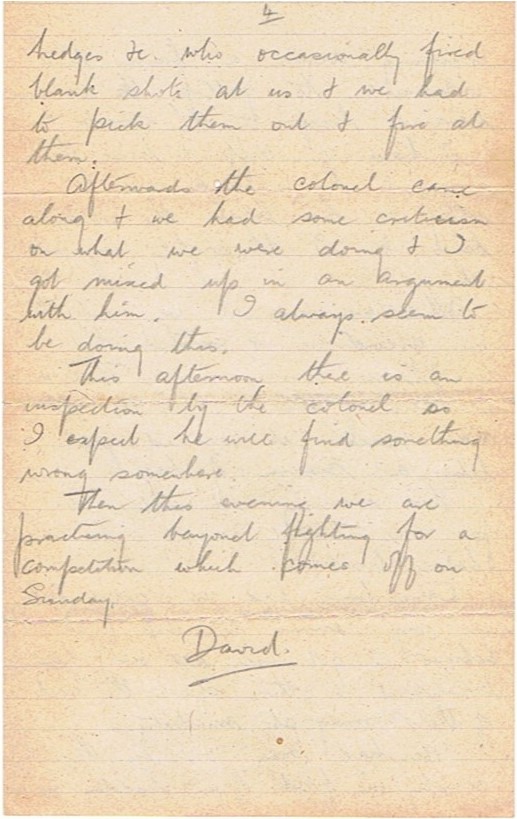 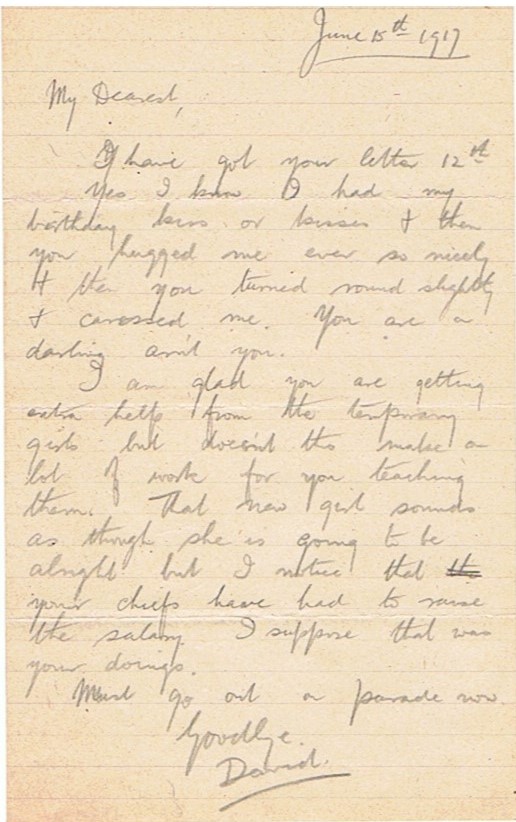 Yesterday after posting your letter I went out to play rounders with the men. We played against No.6 platoon and got beaten by one point.

We had just finished the game when our General of Generals walked into the field. There were several tents in the field which some of the men are using and they had their kits packed outside.

They had just had a meal and there were a good many pieces of paper lying about and also he found a half finished pot of jam tucked away in one of the tents. This is a fearful crime as all food has to be most carefully kept under cover because of flies.

I was rather quaking at these things as I was company orderly officer and had been round only two hours before and found everything quite alright but he only pointed out that it should be cleared up and then went away. The other day he stopped the leave of all the officers of one battalion over something like this.

After this one of the other fellows and myself went for a ride. He is a very good rider and I picked up quite a number of things from him. The country about here is not nearly so good for riding as that near our railway, as it is all cultivated, so that you can’t ride across country and unless you get on a track running across a farm it is impossible to gallop, as you have to keep to the roads.

I had a different horse this time and he allowed me to stay on his back the whole time and I thoroughly enjoyed it.

While we were out we went to an areodrome and watched the areoplanes coming in. There were a number of them and as the other man said it seemed just like a swarm of bees.

This morning we went out for our usual walk and run before breakfast.

Came back had a cold bath in my canvas tea cup (I believe I got wet all over) had breakfast and then spent the rest of the morning at musketry.

We had men out in the country in front of us hidden in hedges etc. who occasionally fired blank shots at us and we had to pick them out and fire at them.

Afterwards the colonel came along and we had some criticism on what we were doing and I got mixed up in an argument with him. I always seem to be doing this.

This afternoon there is an inspection by the colonel so I expect he will find something wrong somewhere.

Then this evening we are practicing bayonet fighting for a competition which comes off on Sunday.

I have got your letter 12th.

Yes I know I had my birthday kiss or kisses and then you hugged me ever so nicely and then you turned round slightly and caressed me. You are a darling aren’t you.

I am glad you are getting extra help from the temporary girls but doesn’t this make a lot of work for you teaching them. That new girl sounds as though she is going to be alright but I notice that your chiefs have had to raise the salary. I suppose that was your doings.

Must go out and parade now.