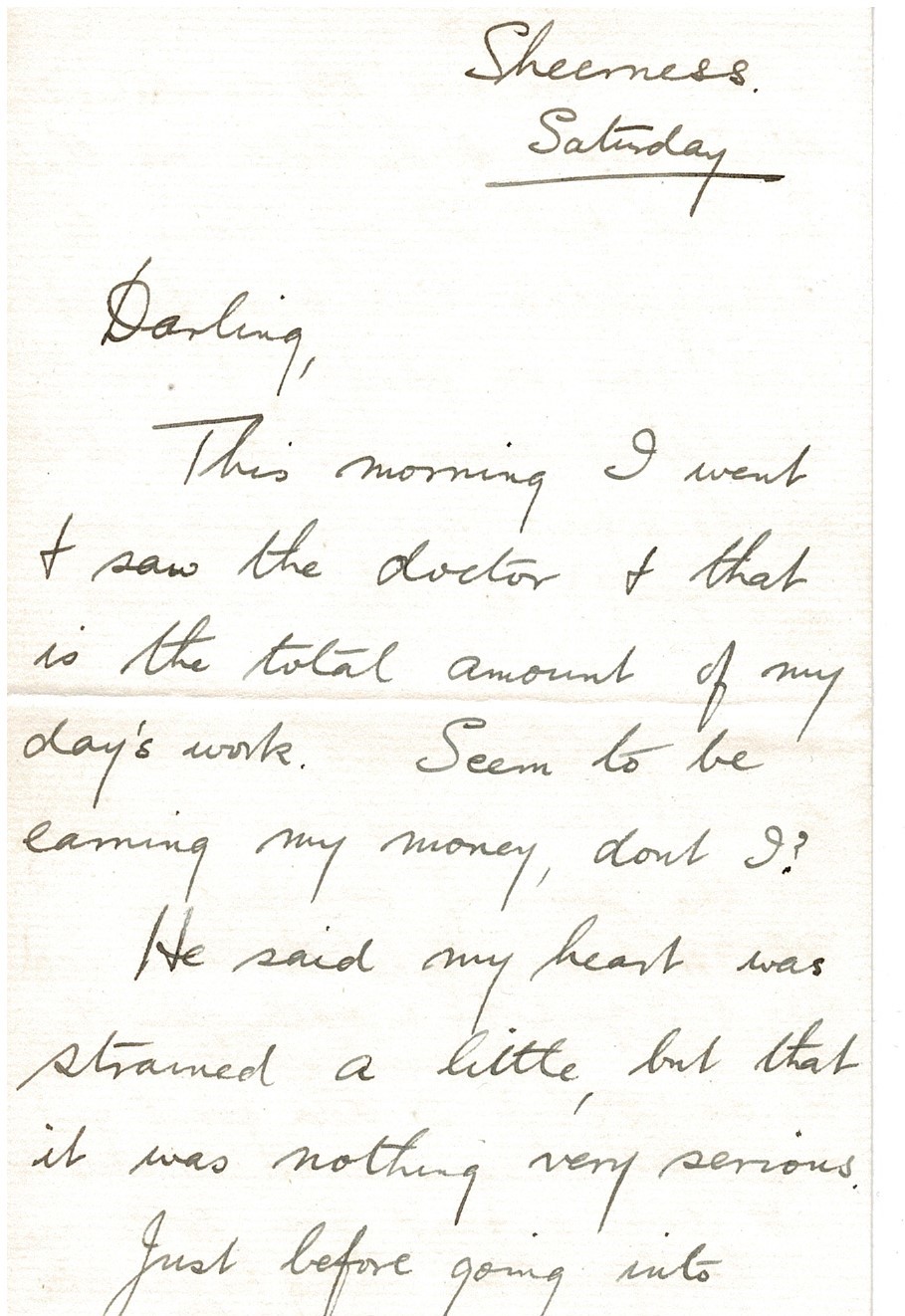 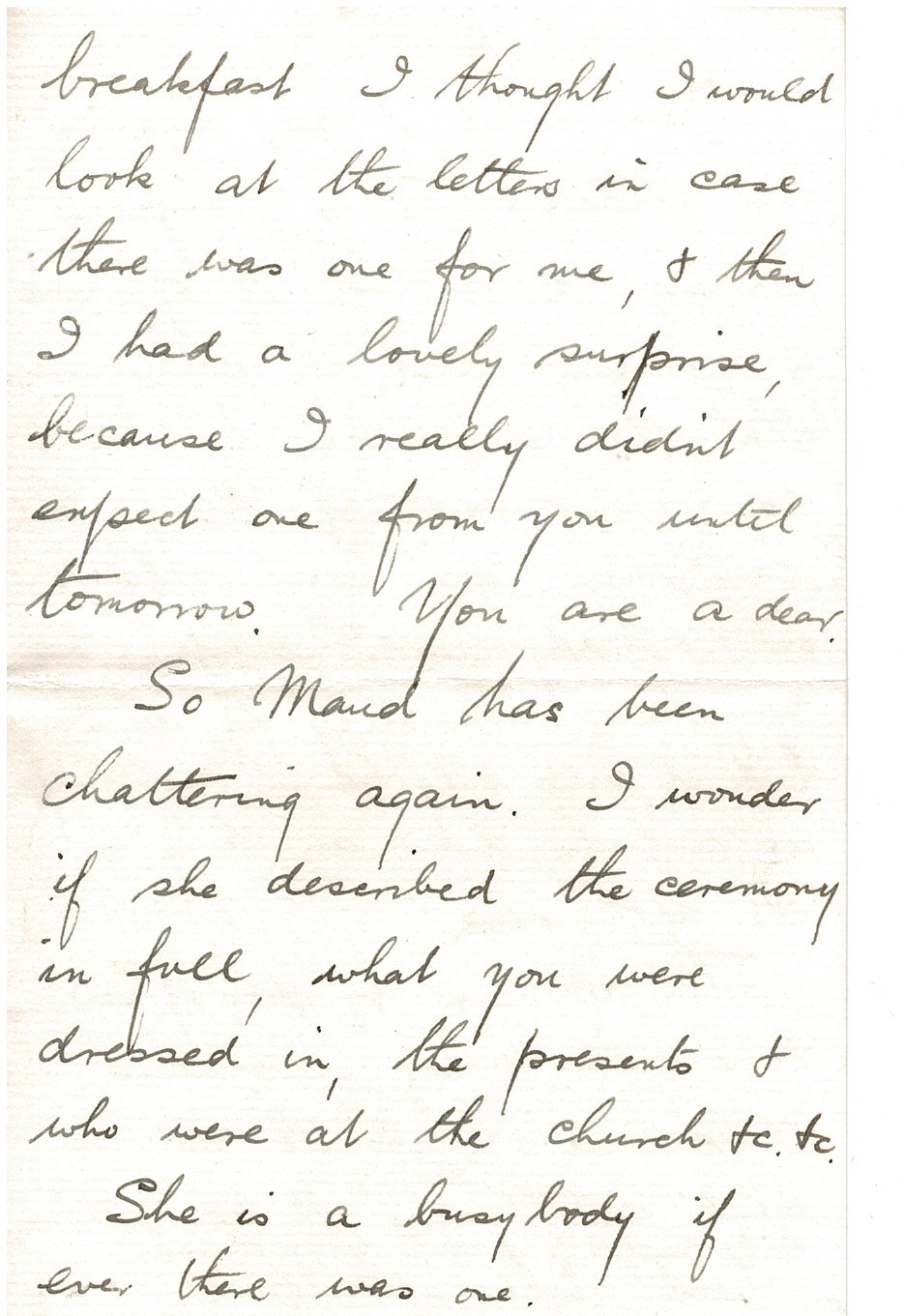 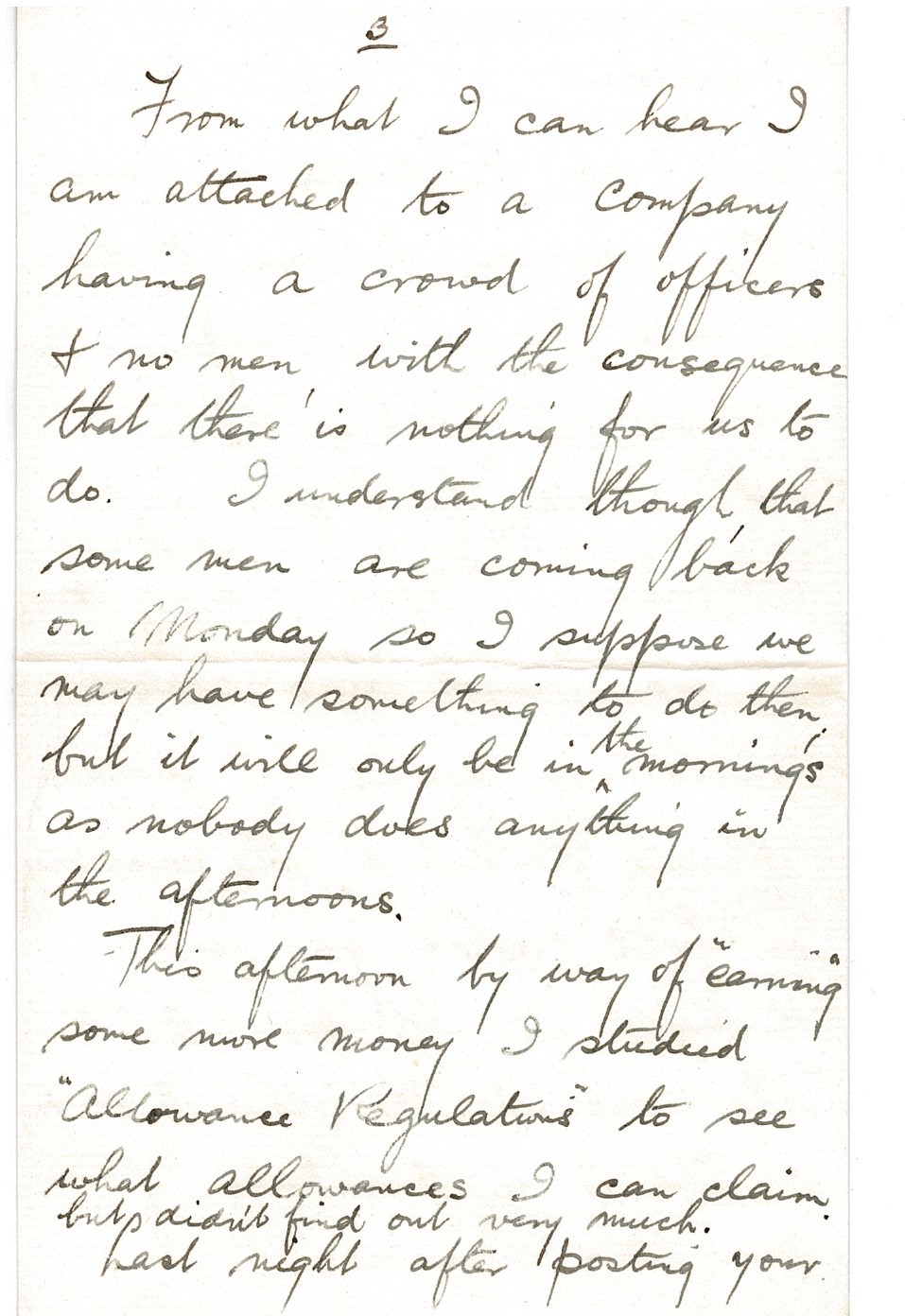 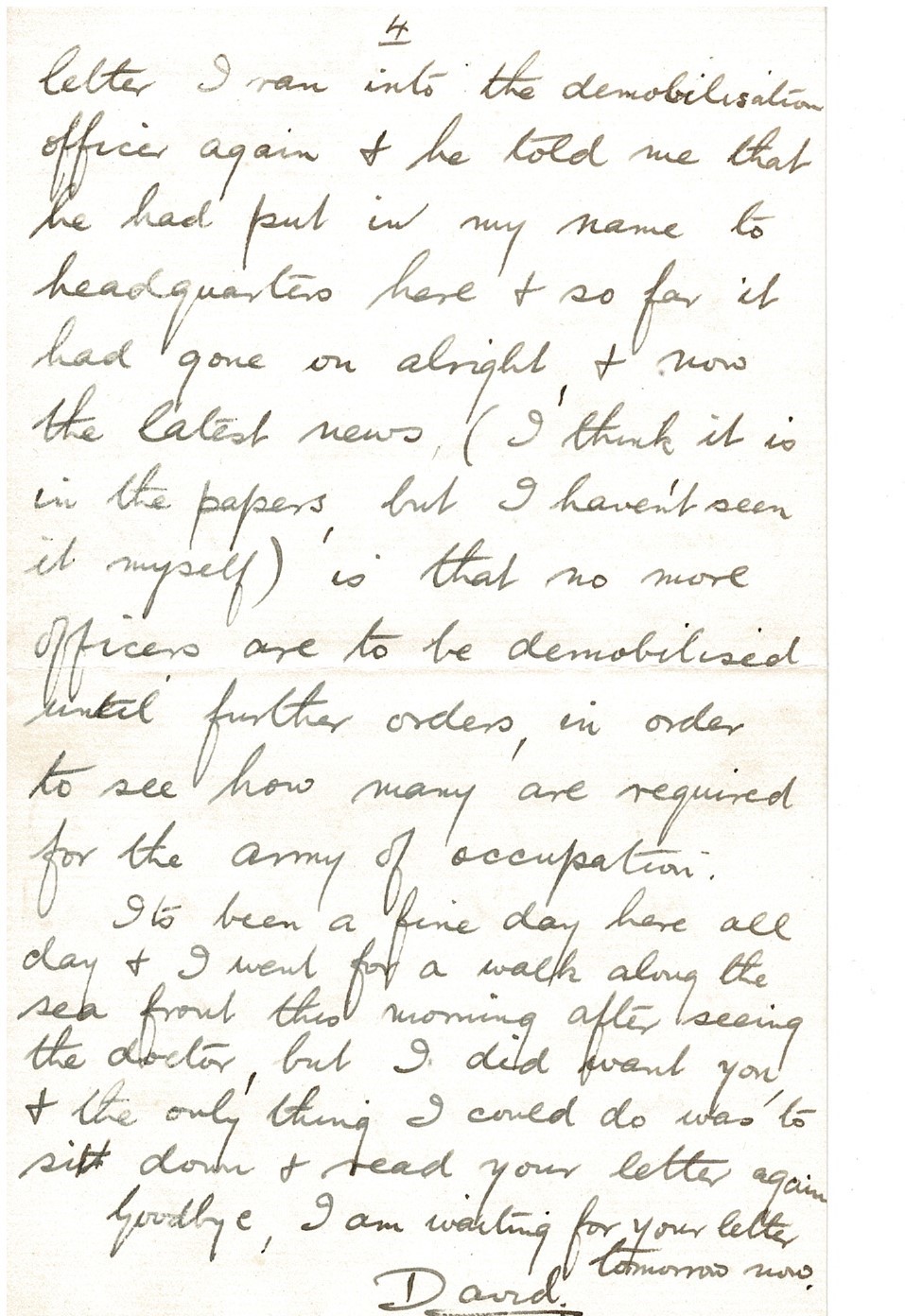 This morning I went & saw the doctor & that is the total amount of my day’s work. Seem to be earning my money, don’t I?

He said my heart was strained a little, but that was nothing very serious.

Just before going into breakfast I thought I would look at the letters in case there was one for me, & then I had a lovely surprise, because I really didn’t expect one from you until tomorrow. You are a dear.

So Maud has been chattering again. I wonder if she described the ceremony in full, what you were dressed in, the presents & who were at the church etc etc.

She is a busybody if ever there was one.

From what I can hear I am attached to a Company having a crowd of officers & no men, with the consequence that there is nothing for us to do. I understand though, that some men are coming back on Monday so I suppose we may have something to do then, but it will only be in the mornings as nobody does anything in the afternoons.

This afternoon by way of “earning” some more money I studied “Allowance Regulations” to see what allowances I can claim but didn’t find out very much.

Last night after posting your letter I ran into the demobilisation officer again & he told me that he had put in my name to headquarters here & so far it had gone alright, & now the latest news (I think it is in the papers, but I haven’t seen it myself) is that no more officers are to be demobilised until further orders, in order to see how many are required for the army of occupation.

Its been a fine day here all day & I went for a walk along the sea front this morning after seeing the doctor, but I did want you, & the only thing I could do was to sit down & read your letter again.

Goodbye, I am waiting for your letter tomorrow now.