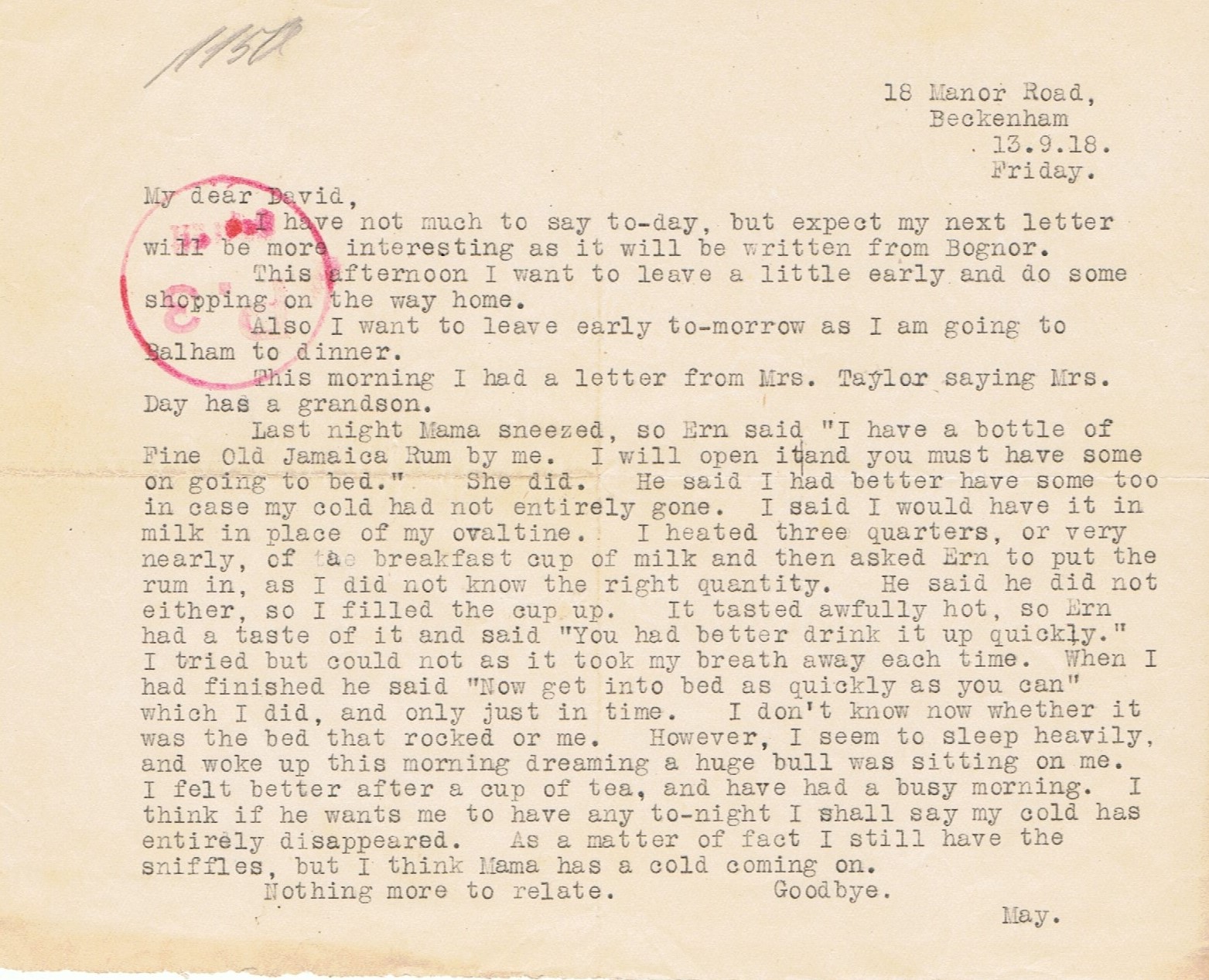 May to David Beckenham 13.9.18
My dear David,
I have not much to say to-day, but expect my next letter will be more interesting as it will be written from Bognor.
This afternoon I want to leave a little early and do some shopping on the way home.
Also I want to leave early to-morrow as I am going to Balham for dinner.
This morning I had a letter from Mrs Taylor saying Mrs Day has a grandson.
Last night Mama sneezed, so Ern said “I have a bottle of Fine Old Jamaica Rum by me. I will open it and you must have some on going to bed.” She did. He said I had better have some too in case my cold had not entirely gone. I said I would have it in milk in place of my ovaltine. I heated three quarters, or very nearly, of a breakfast cup of milk and then asked Ern to put the rum in, as I did not know the right quantity. He said he did not either, so I filled the cup up. It tasted awfully hot, so Ern had a taste of it and said “You had better drink it up quickly.” I tried but could not as it took my breath away each time. When I had finished he said “Now get into bed as quickly as you can” which I did, and only just in time. I don’t know now whether it was the bed that rocked or me. However, I seem to sleep heavily, and woke up this morning dreaming a huge bull was sitting on me. I felt better after a cup of tea, and have had a busy morning. I think if he wants me to have any to-night I shall say my cold has entirely disappeared. As a matter of fact I still have the sniffles, but I think Mama has a cold coming on.
Nothing more to relate.
Goodbye.
May