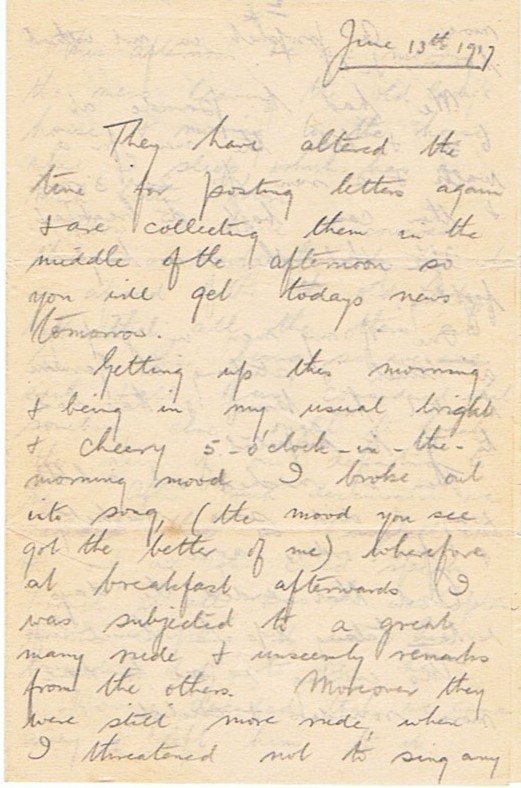 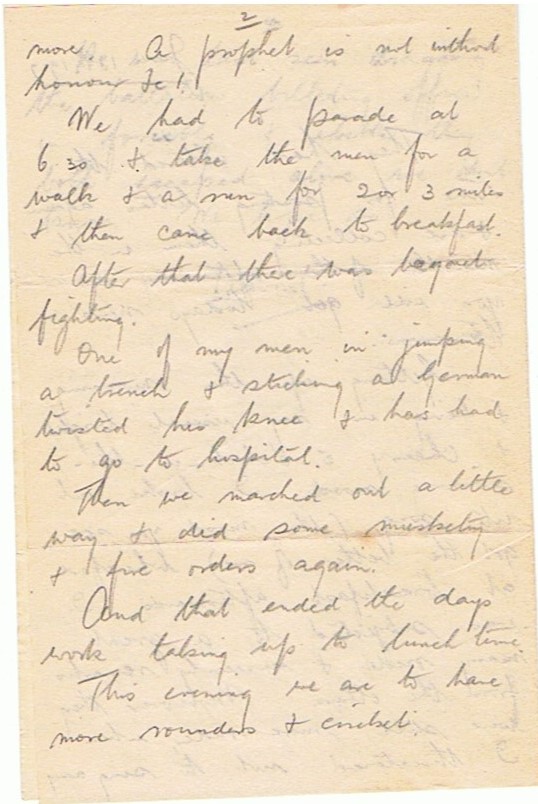 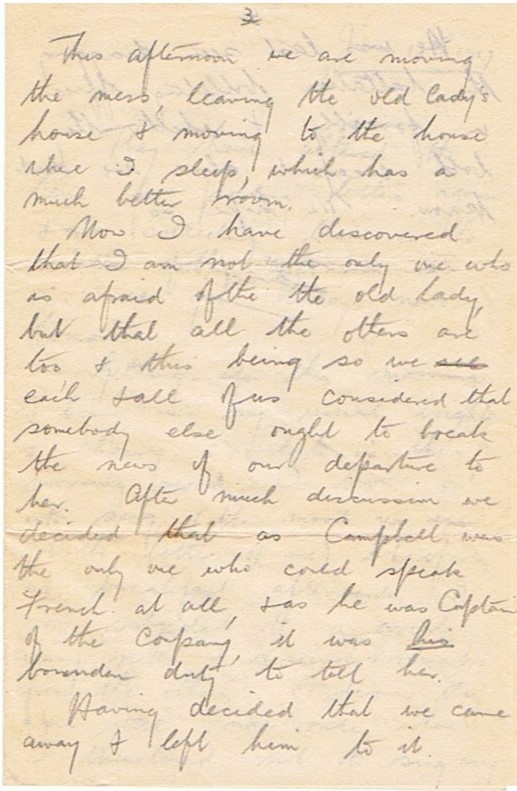 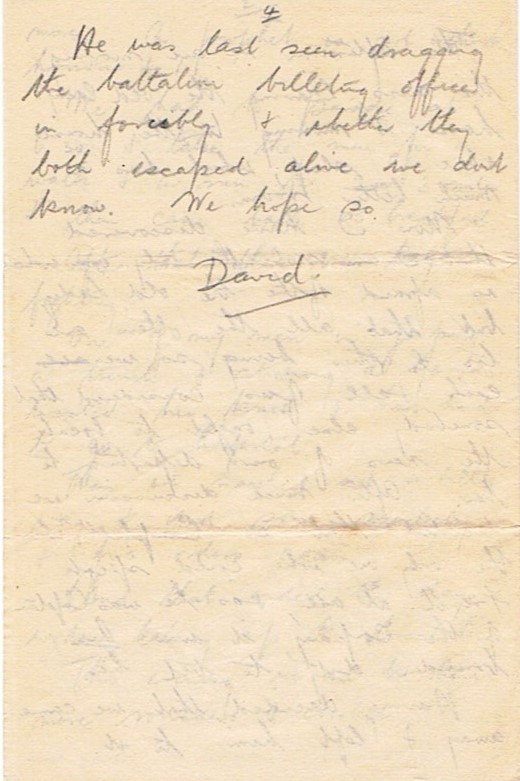 They have altered the time for posting letters again and are collecting them in the middle of the afternoon so you will get todays news tomorrow.

Getting up this morning and being in my usual bright and cheery 5 o’clock-in-the-morning mood I broke out into song (the mood you see got the better of me), wherefore at breakfast afterwards I was subjected to a great many rude and unseemly remarks from the others. Moreover they were still more rude, when I threatened not to sing any more. A prophet is not without honour etc.!

We had to parade at 6.30 and take the men for a walk and a run for 2 or 3 miles and then come back to breakfast.

After that there was bayonet fighting.

One of my men in jumping a trench and sticking a German twisted his knee and has had to go to hospital.

Then we marched out a little way and did some musketry and fire orders again.

And that ended the day’s work taking up to lunch time.

This evening we are to have more rounders and cricket.

This afternoon we are moving the mess, leaving the old lady’s house and moving to the house where I sleep, which has a much better room.

Now I have discovered that I am not the only one who is afraid of the old lady, but that all the others are too and this being so we each and all of us considered that somebody else ought to break the news of our departure to her. After much discussion we decided that as Campbell was the only one who could speak French at all, and as he was Captain of the Company, it was his bounden duty to tell her. Having decided that we came away and left him to it.

He was last seen dragging the battalion billeting officer in forcibly and whether they both escaped alive we don’t know.