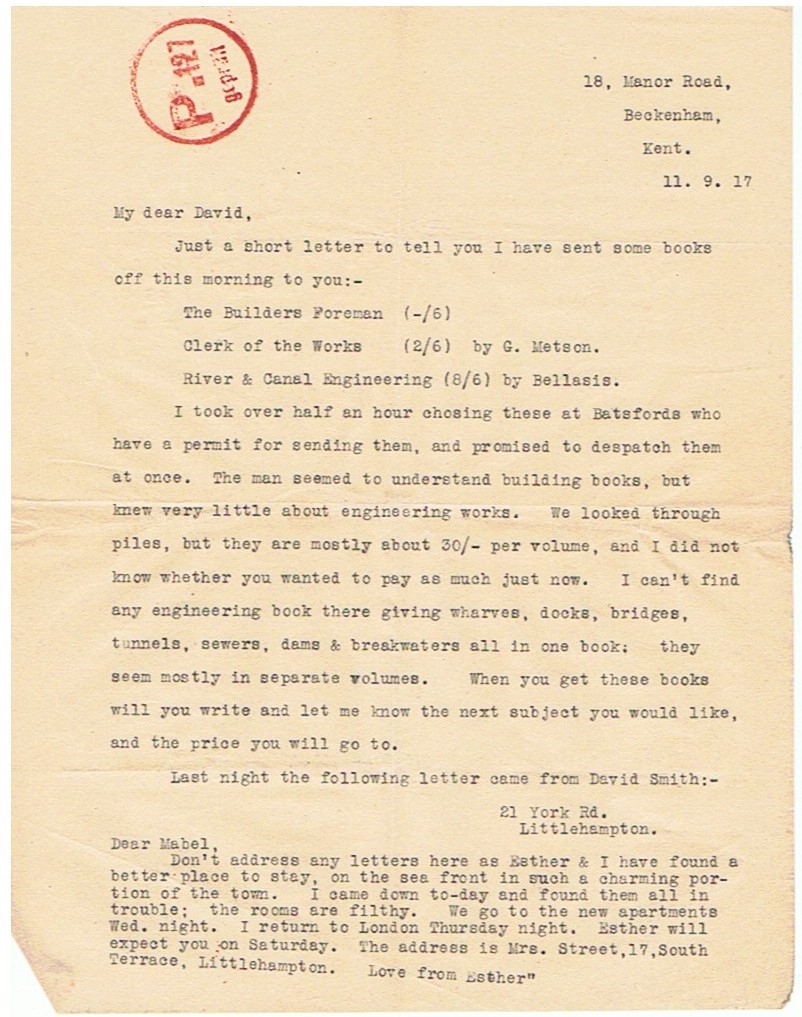 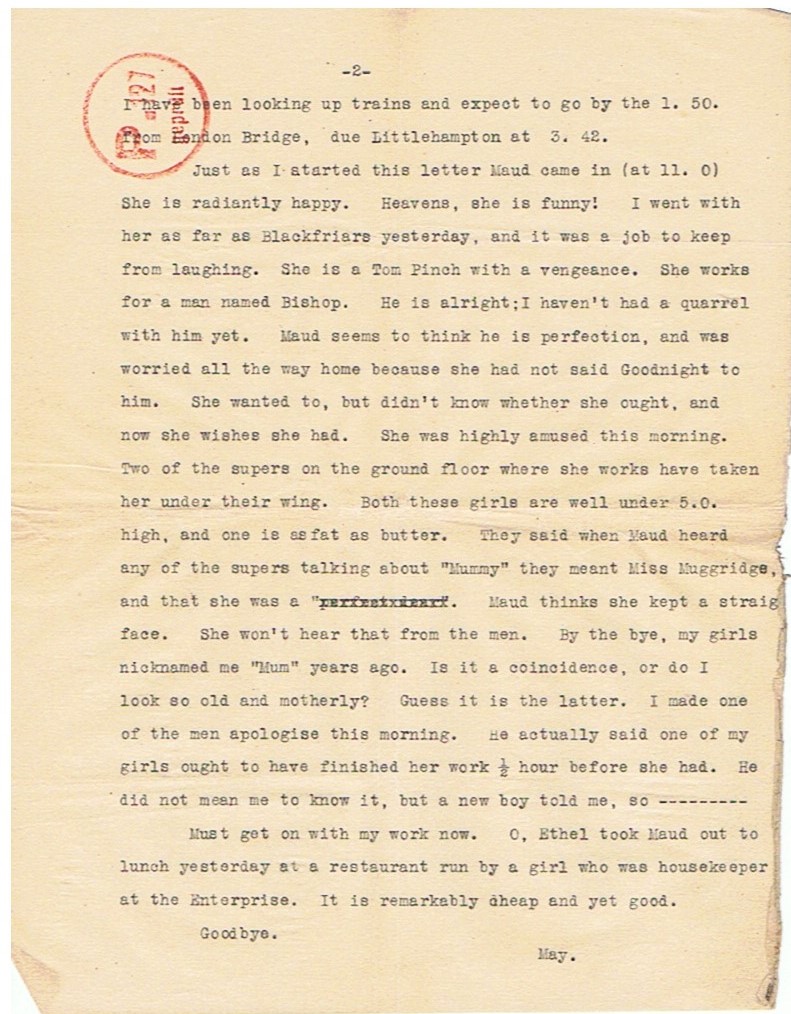 Just a short letter to tell you I have sent some books off this morning to you:-

I took over half an hour chasing these at Batsfords who have a permit for sending them, and promised to despatch them at once. The man seemed to understand building books, but knew very little about engineering works. We looked through piles, but they are mostly about 30/- per volume, and I did not know whether you wanted to pay as much just now. I can’t find any engineering bock there giving wharves, docks, bridges, tunnels, sewers, dams & breakwaters all in one book; they seem mostly in separate volumes. When you get these books will you write and let me know the next subject you would like, and the price you will go to.

Dear Mabel,
Don’t address any letters here as Esther & I have found a better place to stay, on the sea front in such a charming portion of the town. I came down to-day and found them all in trouble; the rooms are filthy. We go to the new apartments Wed. night. I return to London Thursday night. Esther will expect you on Saturday. The address is Mrs Street 17, South Terrace, Littlehampton.               Love from           Esther

I have been looking up trains and expect to go by the 1. 50. pm from London Bridge, due Littlehampton at 3. 42.

Just as I started this letter Maud came in (at 11. 0). She is radiantly happy. Heavens, she is funny! I went with her as far as Blackfriars yesterday, and it was a job to keep from laughing. She is a Tom Pinch with a vengeance. She works for a man named Bishop. He is alright; I haven’t had a quarrel with him yet. Maud seems to think he is perfection, and was worried all the way home because she had not said Goodnight to him. She wanted to, but didn’t know whether she ought, and now she wishes she had. She was highly amused this morning. Two of the supers on the ground floor where she works have taken her under their wing. Both these girls are well under 5.0. high, and one is as fat as butter. They said when Maud heard any of the supers talking about “Mummy” they meant Miss Muggridge and that she was a [deleted: perfect dear]. Maud thinks she kept a straight face. She won’t hear that from the men. By the bye, my girls nicknamed me “Mum’ years ago. Is it a coincidence, or do I look so old and motherly? Guess it is the latter. I made one of the men apologise this morning. He actually said one of my girls ought to have finished her work 1/2 hour before she had. He did not mean me to know it, but a new boy told me, so ———

Must get on with my work now.               0, Ethel took Maud out to lunch yesterday at a restaurant run by a girl who was housekeeper at the Enterprise. It is remarkably cheap and yet good.