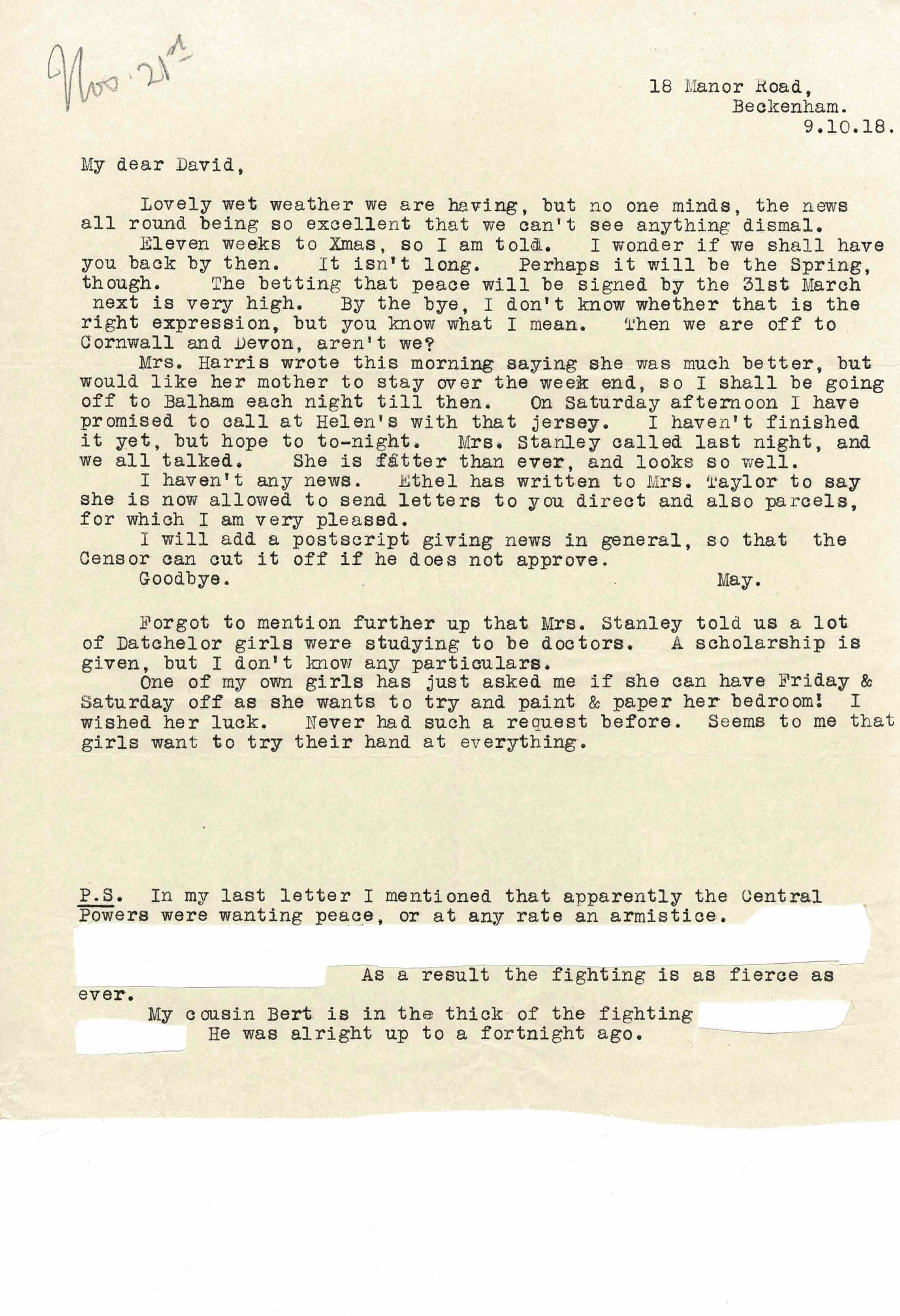 Lovely wet weather we are having, but no one minds, the news all round being so excellent that we can’t see anything dismal.

Eleven weeks to Xmas, so I am told. I wonder if we shall have you back by then. It isn’t long. Perhaps it will be the Spring, though. The betting that peace will be signed by the 31st March next is very high. By the bye, I don’t know whether that is the right expression, but you know what I mean. Then we are off to Cornwall and Devon, aren’t we?

Mrs Harris wrote this morning saying she was much better, but would like her mother to stay over the week end, so I shall be going off to Balham each night till then. On Saturday afternoon I have promised to call at Helen’s with that jersey. I haven’t finished it yet, but hope to to-night. Mrs Stanley called last night, and we all talked. She is fatter than ever, and looks so well.

I haven’t any news. Ethel has written to Mrs Taylor to say she is now allowed to send letters to you direct and also parcels, for which I am very pleased.

I will add a postscript giving news in general, so that the Censor can cut it off if he does not approve.

Forgot to mention further up that Mrs Stanley told us a lot of Datchelor girls were studying to be doctors. A scholarship is given, but I don’t know any particulars.

One of my own girls has just asked me if she can have Friday & Saturday off as she wants to try and paint & paper her bedroom! I wished her luck. Never had such a request before. Seems to me that girls want to try their hand at everything.